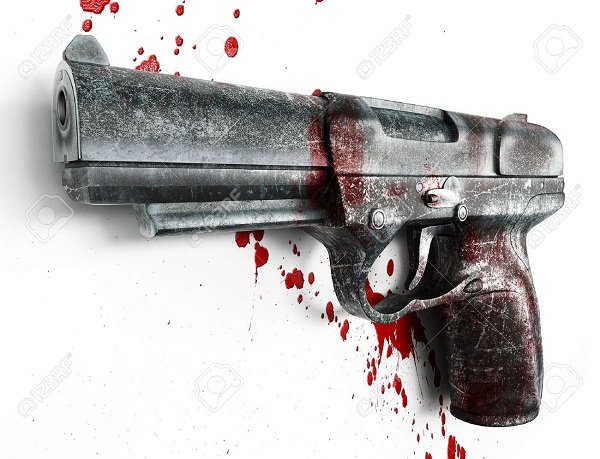 A former Security Officer, Kwadwo Gordon has shot his wife dead and himself at Manso Dawusaso in the Ashanti region.

Eyewitness say, Kwadwo, 43 who is now working as a hospital security guard killed the wife after a row yesterday morning.

The neighbours told a local reporter, Joshua how Kwadwo Gordon would “regularly fight” the wife making claims of infidelity on several occasions.

Joshua reports that the couple had a serious quarrel at their residence Saturday noon and in the process shot the wife before turning the gun on himself.

The body of the deceased wife has been deposited at the morgue, while the the husband is said to be in a critical condition after shooting himself in the ribs.

The couples have five (5) children with which the oldest is 16yrs.