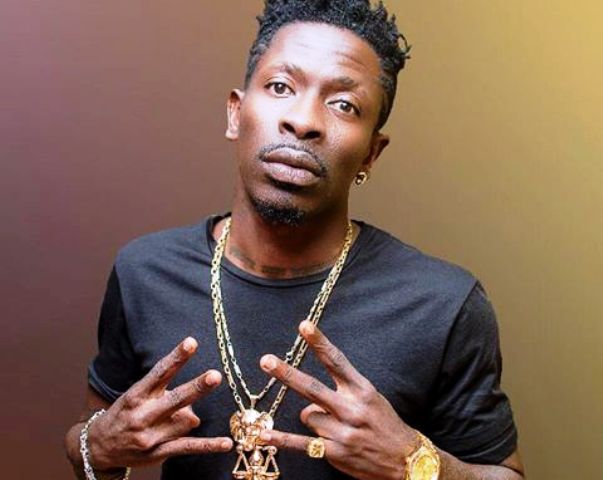 The ‘Dem Confuse’ hit maker on Wednesday afternoon wrote on his Social Media handles, “You will be an example..you this blogger….Said i was” hiding cocaine in my car”… shatta movement wont beat u or lynch u but u will face the law..”

His displeasure is about Donkoh’s blog post claiming Wale was hiding a white substance believed to be cocaine during a Facebook live streaming in his car.

All over the world, great personalities especially in the showbiz industry have fallen off the cliff due to abuse of drugs.

Not too far from us as Ghanaians is the glaring story of Kiki Gyan, once the greatest keyboardist and a former member of Osibisa who died in June 2014. His story and that of many others, both living and dead would however not deter others from spending money on hard drugs.

Days back, Ghana’s Hub For Pop Culture And Urban Entertainment News – www.nydjlive.com got hold of a video shared by Ghanaian dancehall artist Shatta Wale via Snapchat which has since kept us wondering if the musician has eventually ventured into the use of cocaine herein referred to as white substance.

It is a well known fact that the musician is so much into marijuana and has on several occasions even via Facebook live streamed studio sessions where he was smoking and “freeing his mind” but for a white substance, we had no idea.

Well, in the video obtained by Ghana’s Hub For Pop Culture And Urban Entertainment News – www.nydjlive.com, the musician who appeared to be enjoying his ride in the streets while documenting it via a video seemed to have captured a wrong package, the white substance, which he apparently tried to hide but still shared online later.

The “package”, a white substance kept in a rubber has led many including us ask what the content could be and why Shatta Wale tried hiding it.

Again, people are confused as to why he would still share it online when he clearly tried keeping it out of the video.

Well, as it stands, we can only make reference to a white substance but cannot verify the substance.  For some, it could be cocaine, others, a mere white powder.

It is unknown if the Dem Confuse hit maker who recently returned from a tour in the United States of America recorded the video while out there or in Ghana.

Watch the video from below and tell us what you think.

However, the blogger was quick to respond to Shatta Wale.

Stay calm and don’t panic. The law courts were meant for misunderstandings.