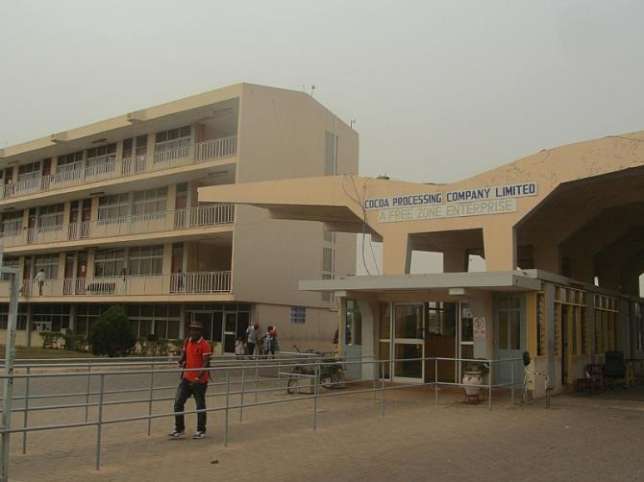 The Ghana Stock Exchange has suspended shares trading of the Cocoa Processing Company, worsening the already precarious situation the nation’s premier processor of raw cocoa beans finds itself in.

The exchange suspended the company, which has not paid dividends to shareholders for over ten years due to consistent losses, for failing, in spite of several promptings, to submit financial reports and to conduct Annual General Meetings.

A statement from the local bourse, which has suspended the trading of shares of several firms over the past week, said: “trading in the shares of Cocoa Processing Company Limited (CPC) is suspended with effect from August 30, 2017.”

The CPC, which listed on the market on February 14, 2003, has had a number of challenges over the past decade, including lack of adequate capitalisation, after suffering heavily from the energy crisis, leading to mass resignation.

These challenges led to the shutdown of two of its processing plants, reducing the company to operating at a 20percent capacity. Despite its foray into the large Nigerian market, the CPC is still struggling to stay afloat and is badly in need of capital.

The last financial statement released by the company was an unaudited one, covering year ending March 31, 2017, which, according to the bourse, is not up to date.

“The suspension of trading in CPC will be in force until September 13, 2017, which is the deadline for the company to rectify the anomalies.  Failure to do so will attract further sanctions as per the GSE Listing Rules,” the bourse added in the statement.

This resulted in a loss before tax of GH¢6million, as against GH¢5.4million in 2016.

The company, in a recent Reuters report, stated that it is in need of at least, US$300million to repay debt and to buy beans upfront to feed the 64,500tonnes plant.

“It’s all because of our weak financial situation…the fact that we are not able to provide the necessary guarantees to buy our own beans,” Frank Asante, Managing Director of the company, told Reuters.

Mr. Asante explained that the company owed about US$122million, including US$100million in unpaid beans supplied by COCOBOD, whiles needing a working capital of around US$200million mainly to restock beans that will cover at least a three-month cycle.

Owned, largely, by COCOBOD, SSNIT and the government, CPC’s minority shareholders have long been calling for capital injection.

At the 2013 edition of the company’s AGM, President of the Shareholders Association, Sas George, said: “We are in this country and foreign investors will come and buy our own cocoa beans and use our machines to process it, yet our company cannot do the same. This is unacceptable and I’m challenging our majority shareholders to act now.”

Hope on its way?

With President Nana Akufo-Addo seeking to double local processing of cocoa to 50percent of its average yearly output of around 800,000, the CPC could well be on its way to a turnaround.

With the AfDB willing to provide US$1.2billion to finance plans by Ivory Coast and Ghana to process more of their cocoa, under a joint initiative to guarantee stable revenues from the commodities, the CPC, should be the biggest beneficiary in Ghana. – B&FT

GN companies to be listed on Ghana Stock Exchange