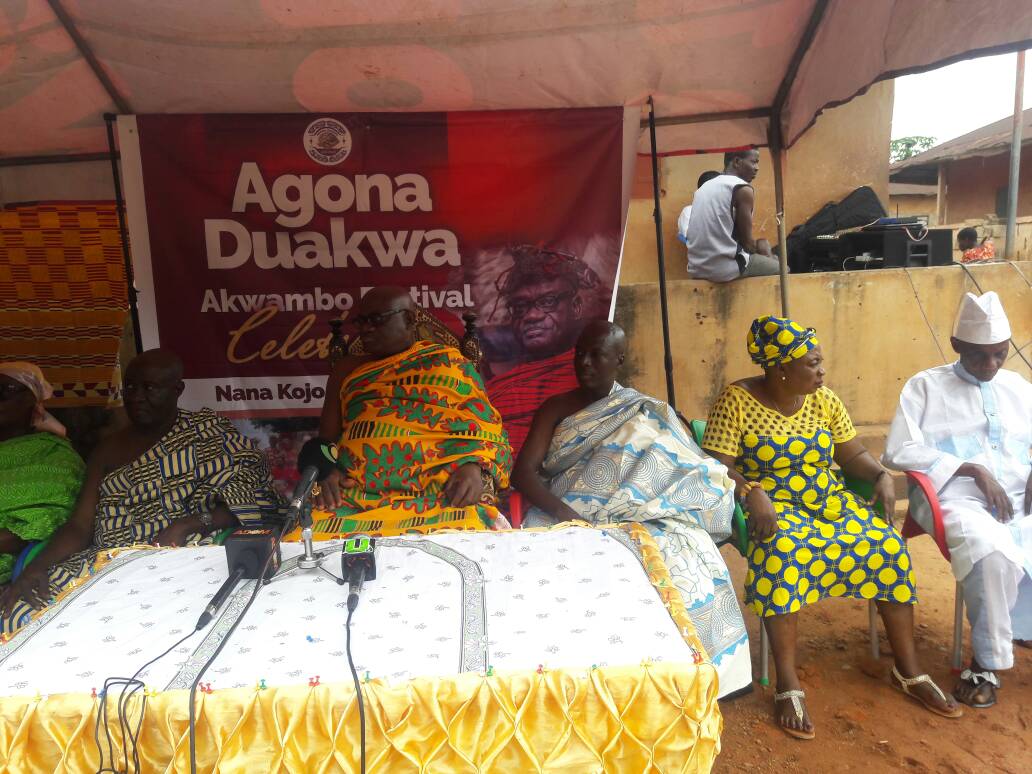 The Chief of Agona Duakwa traditional area, Nana Kojo Amuakwa V, has called for support from government, corporate bodies and natives of Duakwa who are leaving abroad for the construction of a multi-purpose community center for the youth in the area.

According to him, the move is to help educate and empower the youth in the area.

The multi-purpose community center which would have an ICT laboratory, a conference center, sporting grounds and many other facilities is aimed at inculcating the spirit of ICT  in the youth and also bridge the gap between them and those in the rural areas.

Nana Kojo Amuakwa V was speaking at the first launching of the Akwambo festival by the people of Agona Duakwa.

The festival which is slated for October 13 to October 24, 2017 is packed with many events which includes music, sports, fun games and a grand Durbar.

The festival is on the theme “the Youth, our future” is aimed at empowering and strengthening the youth in the area.

Nana Kojo Amuakwa V also advised the youth to stay chaste and lead a life that will project the Future.

Your reconciliation moves are encouraging – Akufo-Addo to Yaa-Na