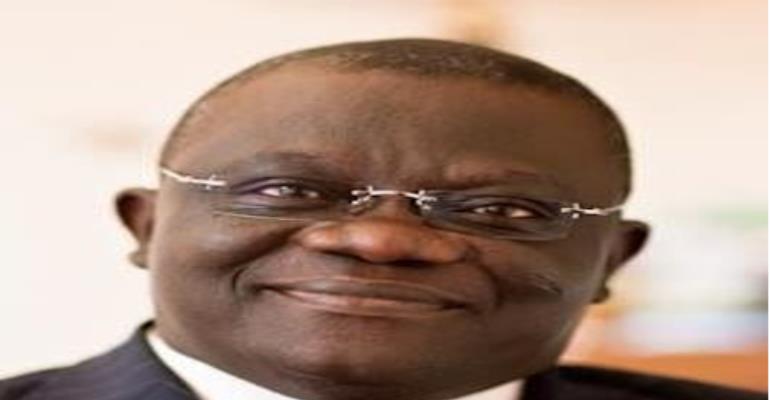 After a decade of excelling as the leading mortgage specialist in Ghana, Ghana Home Loans is now GHL Bank.

To achieve its mission to be the foremost bank for wealth creation, GHL Bank has appointed Mr. Albert Essien as its new board chairman.

Mr. Albert Essien, who takes over from Mr. Jacob Kholi as Board Chairman, is an ambitious gentleman who started his career in the Ghana subsidiary of Ecobank as a Relationship Officer and worked his way up the career ladder to become the Group CEO. It is this mindset and attitude that he is bringing to the table at GHL Bank.

Mr. Dominic Adu, CEO of GHL Bank welcomed the Board Chairman by stating, “Mr.Essien has played a key role in our transformation process from a mortgage specialist to a universal bank. He brings on board a wealth of industry experience acquired over three decades in banking”.

Mr. Essien is a seasoned banker who served as the Deputy Group Chief Executive Officer of Ecobank and was in charge of Corporate and Investment Banking as the Group Head for fourteen years. Between March 2014 and June 2015, Mr. Essien served as the Group Chief Executive Officer of Ecobank Transnational Incorporated, the first Ghanaian in the history of the bank to hold that position. In 2015, he was awarded the “African Banker of the Year’’ prize at the 9th edition of the African Banker Awards and a “Lifetime Achievement’’ Award Winner at the 2016 Ghana Banking Awards. The Chartered Institute of Marketing (CIMG) accorded him the “’Marketing Man of the Year’’ award in 2005.

He was also responsible for Ecobank’s expansion into Eastern and Southern Africa comprising of Kenya, Rwanda, Burundi, Uganda, Tanzania, Zambia, Malawi as well as the Chief Representative of the South Africa Representative Office. Mr. Essien also served as a Director on the board of EBI Paris,the Ecobank subsidiary in France.

Mr. Essien currently serves as a non-executive director of LMI Holdings, Old Mutual Emerging Market and Africa Holdings and Ghana Interbank Payment and Settlement Systems Limited (GhIPSS). He also serves in the capacity of Chairman of the Governing Council, Ghana Stock Exchange and Old Mutual (Africa) Holdings as well as the chairman of the advisory board of Oasis Capital Fund and the Endowment Fund of the College of Physicians and Surgeons, Ghana. Mr. Essien isalso a Senior External Advisor for McKinsey& Company.

Mr. Essien is an honorary fellow of the Chartered Institute of Bankers, Ghana and holds a B.A. (Honors) in Economics from the University of Ghana. He is an alumnus of the Executive Development Program of INSEAD (France/Singapore) and a World Fellow of the Duke of Edinburgh Award.

GHL Bank will commence banking operations by the end of 2017.