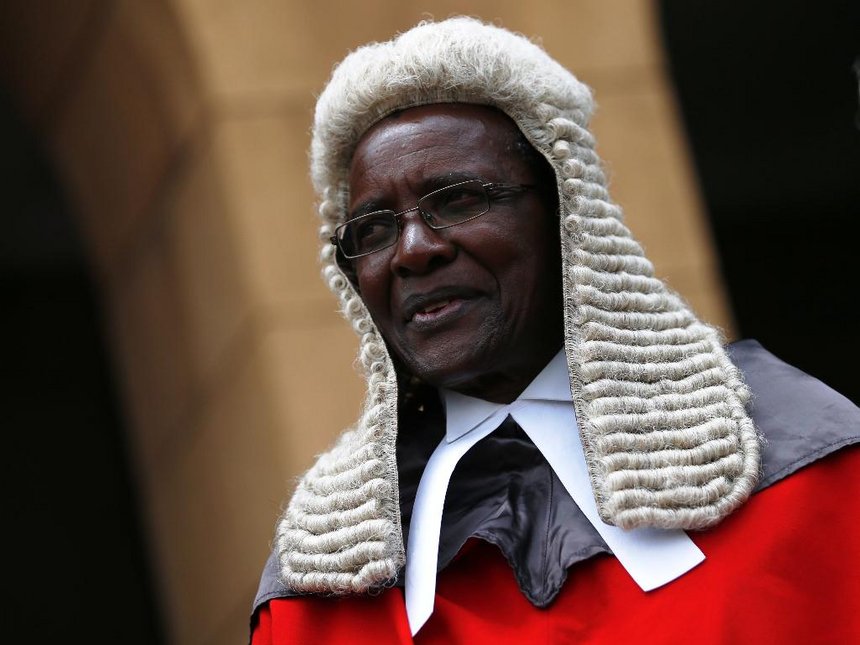 A Kenyan MP from the governing Jubilee Party has filed a petition seeking the removal of Chief Justice David Maraga, accusing him of orchestrating a “judicial coup” by leading the Supreme Court judges to annul President Uhuru Kenyatta’s win in the 8 August election, the Nation reports.

Ngunjiri Wambugu wants the Judicial Service Commission, the employer of judges and magistrates, to investigate the conduct of Mr Maraga since his appointment as chief justice.

He told reporters in the capital, Nairobi, that the “judiciary is [held] captive” by NGOs who have been against the presidency of Mr Kenyatta and that they influenced the court’s decision:

Ngunjiri Wambugu: The Judiciary is captive to a group of people who we used to call the ‘Pro-ICC NGO brigade’ @KTNNews #NewsCentre pic.twitter.com/4VPbpwMEE0

Mr Wambugu also alleges that the chief justice blocked one of the judges, Mohamed Ibrahim, from participating in the hearing of the election petition challenging Mr Kenyatta’s win.

Mr Ibrahim fell sick on the second day of the hearing and did not participate in the rendering the court’s summary judgement, in which two of the six remaining judges dissented.

The annulment angered President Kenyatta, who called Mr Maraga a “thug” and promised to “fix” the court after the re-run election set for 17 October.

The judges have until 21 October to make their full judgement public.

Kenya MPs reduced to being ‘beggars’ after salary cut