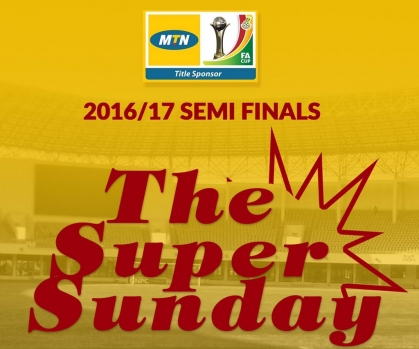 The semi-finals of the 2017 MTN FA cup competition will be played at the Obuasi Len Clay Stadium on Sunday October 1.

The double header games will Wa All Stars take on Accra Hearts of Oak in the first game of the day at 3pm.

The second semi-final game will be between Kumasi Asante Kotoko and Medeama SC at 6pm at the same venue.

Accra Hearts of Oak are the most successful club in this competition having won it nine times and their competitor, last season league title winners are chasing their first FA Cup glory.

The 2014/15 finalists will face each other once again in this year’s second semi-final match for a place in the grand finale which will be played on October 29.

The ticket prices for the semi-final games are as follows;