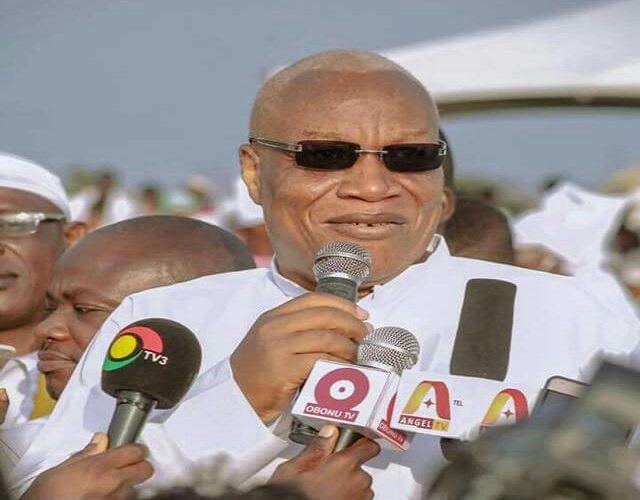 Former Vice Chancellor of the University of Professional Studies, Accra, (UPSA) Prof Joshua Alabi, has lambasted regulators of the petroleum downstream sector, for allowing the uncontrolled building of fuel stations in certain areas despite protest by concerned citizens.

He in the wake of gas explosion over the weekend, slammed the Environmental Protection Agency (EPA) and the National Petroleum Authority (NPA), for issuing out license to a company for the construction of the Sel Filling station just besides the university.

There was a massive gas explosion on Saturday night at a filling station at Atomic Junction near Madina in Accra which recorded seven (7) deaths with one hundred and thirty-two (132) persons injured out of which 64 have been treated and discharged.

Sixty eight (68) injured persons including a fire officer at the Police Hospital are still receiving treatment with two others in critical condition at the Intensive Care Unit of the 37 Military Hospital.

In a statement Prof. Alabi noted that both the students and management of the University have demonstrated the citing of the filling station to no avail.

“After several interventions by the management of the university had failed, the management directed the university’s solicitors to act on their behalf and bring their concerns about the citing of the filling station to the relevant authorities: (National Petroleum Authority (NPA), Fire Service, Environmental Protection Agency (EPA) as well as owners of the Sel Filling Station), also to no avail.

“I am aware that following from where I left off, Management of the university met with the relevant authorities, also to no avail.”

Prof. ALABI noted that though he’s no more the head of UPSA, he feels led and highly concerned about the safety of the entire community of about 13,000 people, and expressed confidence that due attention would be given to the concerns of the university following the Atomic junction explosion.

Meanwhile, two days after the tragic gas explosion, students of UPSA Monday morning October 9, demonstrated over the siting of the Sel filling station as it possess a threat to the lives of students and staff of the university.