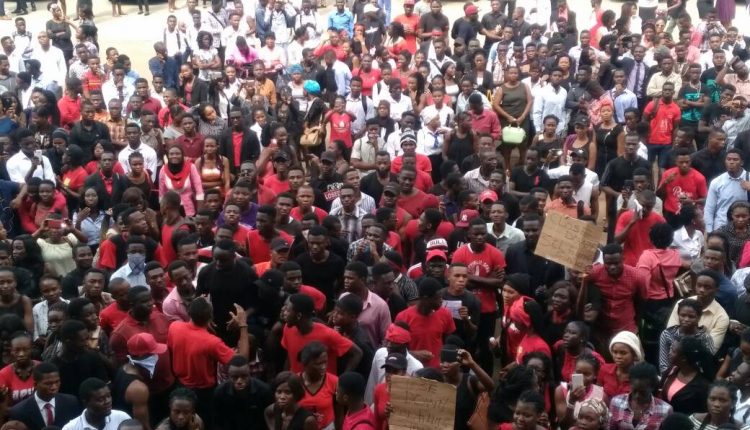 The Ghana National Fire Service has described as unfortunate and a knee jerk reaction the demonstration by students of the University of Professional Studies, Accra (UPSA), against the siting of a filling station near the school.

According to the Fire Service, it’s unnecessary for the students to waste their energies in protest as the filling station poses no threat to their lives.

Thousands of students of the University on Monday staged a demonstration on campus against the building of the Strategic Energies Limited (SEL) station close to the school. The students have been protesting the siting of the fuel station since January 2017, claiming that it poses a threat to their lives.

Their renewed protest comes on the back of the gas explosion that occurred at Atomic Junction last Saturday, killing 7 and injuring 132 others.

The management of the University of Professional Studies, UPSA, has thrown their support behind the students, claiming several efforts have been made through various stakeholders to get the filling station relocated, but all to no avail.

But speaking to Kasapa News, the Public Relations Officer of the Ghana National Fire Service, Prince Billy Anaglate said though he shares the concern of both management and staff of the university, they have absolutely no cause for worry as the filling station is well secured.