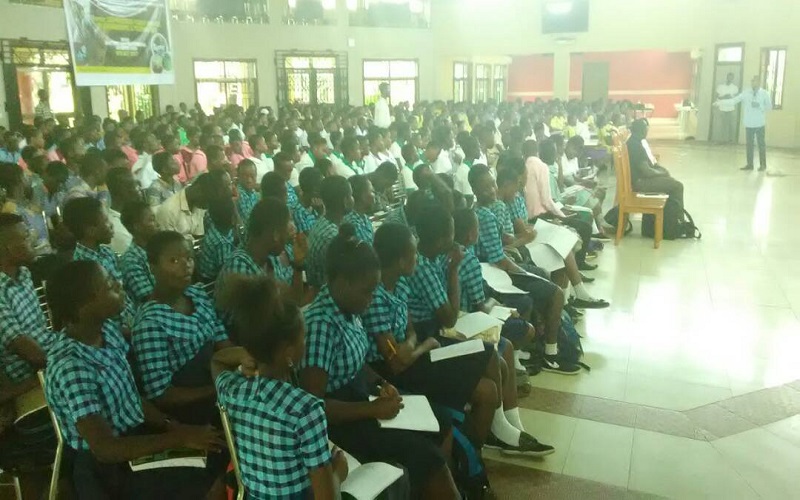 The All Nations University College (ANUC) the Institution that put Ghana on the World map following the  successful launch of Ghana’s first Satellite dubbed Ghanasat-1 into Orbit in July this year, has empowered hundreds of young girls in Space Technology as part of the 2017 World Space Week, celebrated Worldwide from October 4th to  10th  annually.

The theme for the empowerment program organized by the Space Systems Laboratory Department of the University was “empowering young women in Engineering & Technology.”

The students drawn from 17 basic Schools in the New Juaben Municipality were taken through basic theory of satellite Technology, the contribution and ability of women in engineering, basics of engineering and its importance to national development and job opportunities. The participants were offered opportunity to engage in handcrafts and drawings out of the knowledge acquired.

A member of the Technical team of the All Nations University College that built historic Ghansat-1 satellite, Quansah Joseph Neenyi Kojo tells Kasapa News, the institution wants to revolutionalize space technology in Ghana to whip up the interest of the youth and political actors. 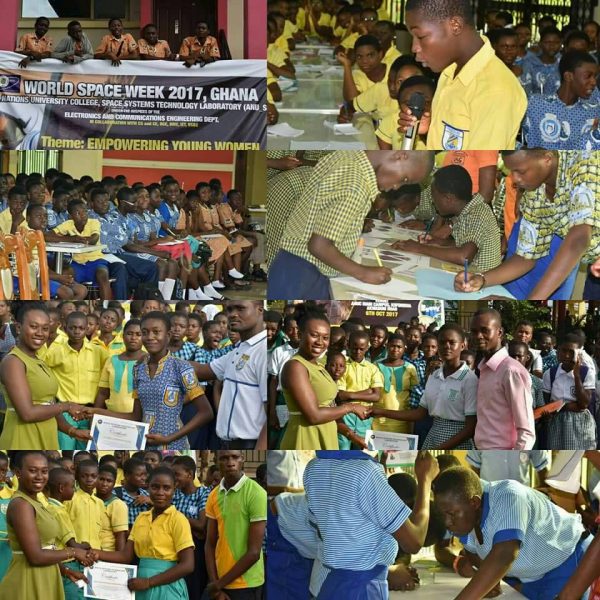 He said Satellite Technology is very critical to the development of Ghana hence the institution is working close with government and other relevant bodies to build the human capacity, get backing laws and infrastructure for the  realization of this vision.

“Satellite is beneficial in so many ways, as a developing country we need to build the human capacity .If we are able to build the human capacity we move on to exploring the benefit like telecommunications, satellite for earth observation, Satellite for telemedicine and so many applications. So if we have the engineers on ground you feel comfortable to do whatever you want to do.”

He added that “Now we don’t have fully furnished space agency  and that is what we looking into, we also need  Space Law backing this activities in Ghana.Because while you are doing this you need to consider the documentation  and the laws that backs up this project .so we are heading towards the right direction and we know with time things will be okay Now we are working with government on this direction.”

On July 7, 2017, the University put Ghana on the World Map by launching Ghanasat-1 through Japan Aerospace Exploration Agency (JAXA) at altitude of 400 kilometers above the earth’s atmosphere aboard the Japan Kibo Deployment System.

The satellite is expected to undertake  earth imaging of Ghana and broadcast national Anthem from Space to the amateur ground station at Campus of the University.

Quansah Joseph tells Kasapa news the Satellite is in operation stage and will soon begin mission.

“For satellite we have three stages, development, launch and  operate. We have done the development, we have successfully launched, so what we are currently working on is the operation and for the operations we have series of missions on it, taken pictures of the earth, broadcasting songs from space as an outreach program for young students to educate them on satellite programing and other things. When you receive signal from the satellite ,you analyze the  data ,you check the house keeping data with the battery levels and other things so if you when you are  comfortable with the satellite  status then you can start performing your mission. So we are still on it to start our mission.”