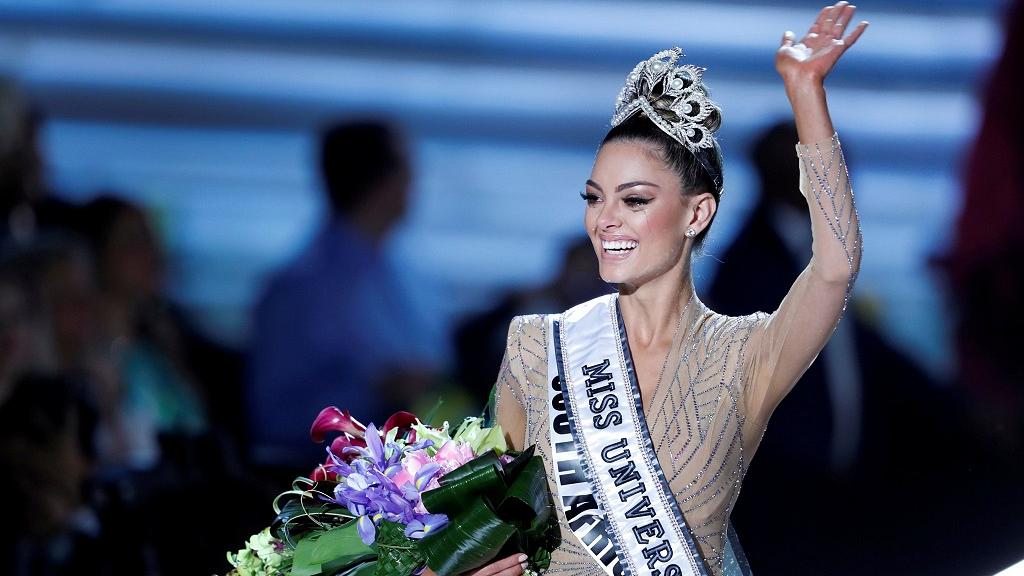 A South African woman who helps train women in self-defense was crowned Miss Universe on Sunday at the pageant held in Las Vegas, with Miss Colombia and Miss Jamaica also making it to the final three.

Demi-Leigh Nel-Peters, 22, who unleashed a big smile when she won, hails from Western Cape Province and recently earned a business management degree from North-West University.

Her passion for self-defense was reinforced when she was hijacked and held at gunpoint about a month after winning her title as Miss South Africa, she said in a video on the Miss Universe website.

Congratulations to Demi-Leigh Nel-Peters, the winner of the 2017 #MissUniverse competition! pic.twitter.com/JYuQYc3Lvo

She has been preparing to be an actress since the age of 16. After graduating from a performing arts school, she moved to Bogotá to build her career.

The second runner-up was Miss Jamaica, Davina Bennett, 21. She is a model pursuing a degree in marketing at the University of the West Indies.