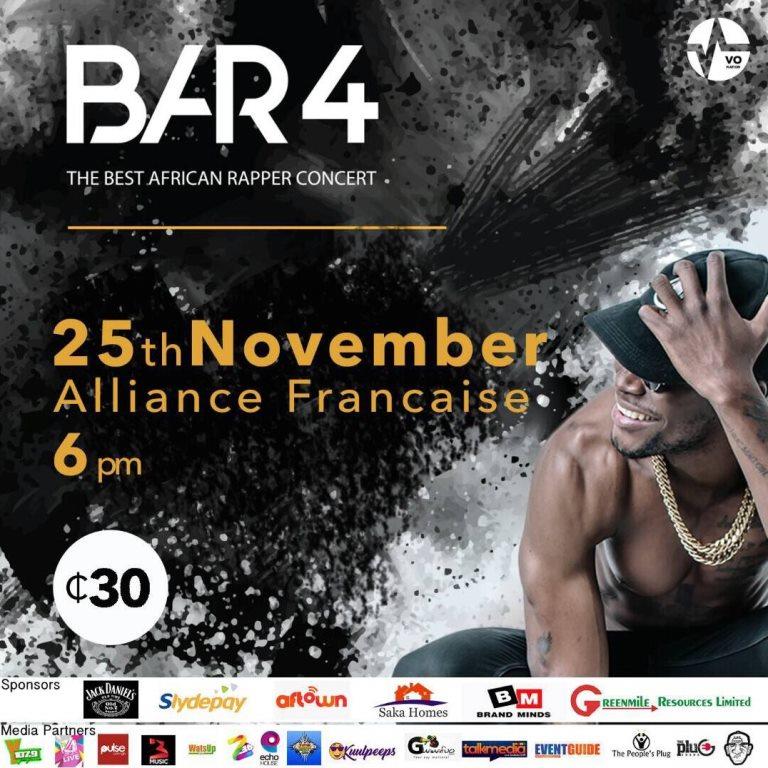 With an A-List cast of artists to dazzle and party, the year couldn’t have ended any better than a concert that brings the timeless flavors, the fresh and forever young tunes of today. The concert’s lineup this year will feature some of Ghana’s best Hip-Hop artists who promise nothing but a jam till the end.

Performing hit after hit, the cast has artists who criss-cross genres. Those who are Hip-Hop till death and those who just do it for the culture. The first three installments of the concert were a great success and as a result, people have grown to become fans of the concert.

E.L has really worked his ass off this year. After being named winner for Afro-Pop Song of the Year (Kaa Bu Ame) at the 2017 Ghana Music Awards, he also featured in the prestigious fashion and style magazine – Vogue (USA), which became the most read article for two weeks straight. He also went on to win Best Album (B.A.R 3) at the 2017 Ghana Entertainment Awards – USA. The rapper continued dropping hot singles, videos and performing on some of the big stages in Ghana and beyond.

The B.A.R 4 concert is the perfect event to cap a good year and say thanks to his ELiens who have been formidable, showing him love and support every inch of his musical journey.

The B.A.R 4 mixtape is availble for pre-order on Aftown.com. Tickets for the event are also available at Airport Shell, Cupcake Boutique, Chicks and Ribs, Blossom and Wednesday and all Photo-stores at Malls in Accra.

I felt degraded when Sarkodie left me out of Cassper Nyovest collabo list – E.L