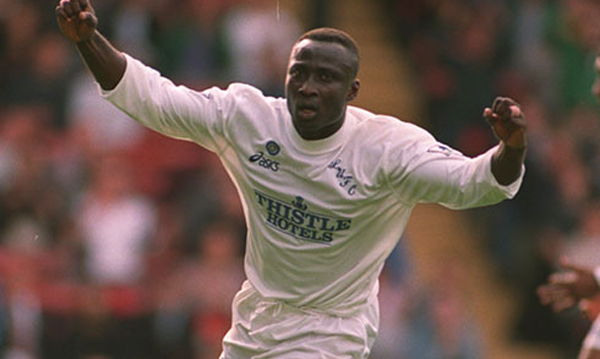 But speaking on Kasapa FM, Yeboah Monday, Tony Yeboah who also played for Leeds United in England, rubbished the rumour saying he’s alive and is currently in Kumasi, urging the public to disregard such false report.

“I find it difficult to understand why someone will put out such a false report about me. Those behind this mischief should stop. Recently, Abedi Pele suffered such worrying experience like I’m going through now, when it came up on this same social media that he had died. I am very well and not suffering from any sickness so I was shocked when I heard this news about me. My auntie saw it on social media and informed me. I’m assuring all Ghanaians that I’m not dead and that the news is false.”

Tony Yeboah who played for local clubs, Okwahu United and Kumasi Cornerstones had 59 caps for the Black Stars and scored 29 goals.