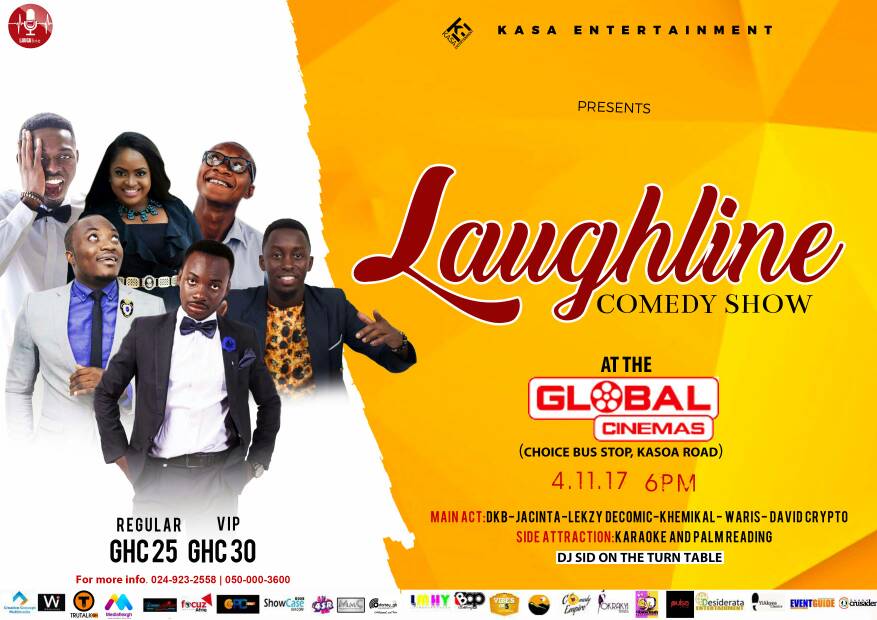 Your award-winning monthly comedy show, Laughline is back again and this time, organisers promise to give you nothing but the best in the first show after their epic 1st anniversary show. The show which has been running consistently for one year, took a month break to restrategize and add more flavour to the most talked about show in the country currently.

Having great performers pass through the show, such as Lekzy DeComic; who also doubles as the host for the show, the godfather of GhComedy KSM, King DKB, Queen Jacinta, Comedian OB, Id James Brown, Comedian Khemikal, David Aglah, Nino, Pararan to mention a few have each been able to cement the position of the comedy industry as the new bedrock for the entertainment industry.

The next show, slated for November 4, 2017 would see performance by host of the show Lekzy DeComic, King of Gh Comedy, DKB, Queen of Gh Comedy, Jacinta, Comedian Khemikal, and Open Act performances by Comedian Waris and David Crypto. Other activities on the night would include Karaoke and Palm Reading. Official DJ of the show, DJ Sid would keep the place lively with back to back tunes.

Laughline is a Kasa Entertainment Initiative. The show is sponsored by Infinix Mobile, Awake Mineral Water and Veraldo.