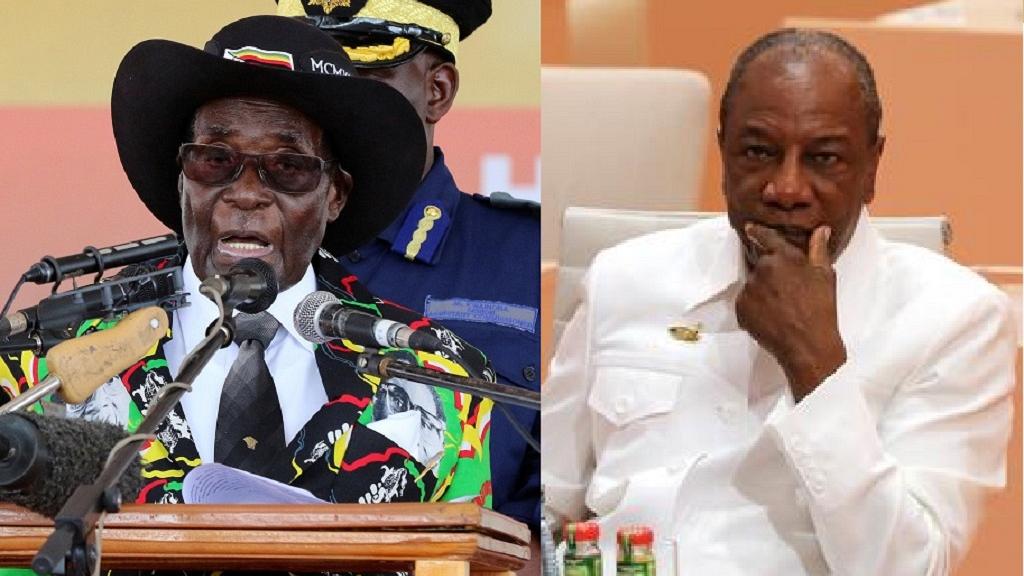 President of the African Union (A.U.) Alpha Conde has reacted to the resignation of Robert Mugabe, a week after the army took over political authority.

Conde according to the visionguinee news website said he was delighted that the political impasse in Zimbabwe had been resolved.

Whiles describing Mugabe, 93, as a “great fighter” and “African hero,” the Guinean leader said he was, however, concerned over how Mugabe had ended his almost four decades reign.

“It is a shame that he is leaving through the back door and that he is forsaken by the parliament,” Conde stressed. Reacting to the military takeover a week ago, Conde said it “resembled a coup” even though the military insisted it was not.

The A.U. president subsequently ordered the military to ensure that the country returns to constitutional order. Mugabe’s resignation even though he says was voluntary is believed to have come under internal and external pressures.

He had 48 hours prior (on Sunday) insisted that he will lead the ruling party, ZANU-PF, in their congress slated for December. The party had at the time stripped him of his post as leader.

The ZANU-PF bloc in parliament subsequently tabled an impeachment process to oust him, a process that was suspended after his resignation letter was received and read to a joint sitting of the parliament.

Thousands of Zimbabweans had thronged the streets to demand Mugabe’s resignation as president. He remains the only president the country has known since independence from the British in 1980.

Zimbabwe’s Robert Mugabe ‘left $10m but no will’

Mugabe to be buried this weekend