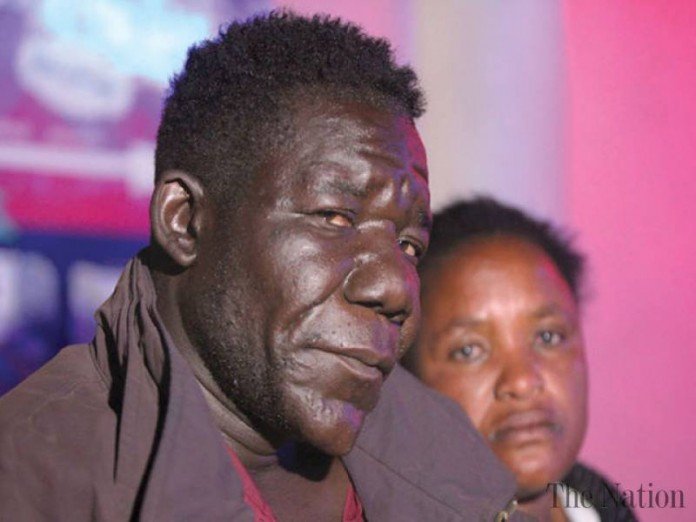 William Masvinu, a 43-year-old unemployed man has won his fourth title for being the ugliest man in Zimbabwe.

The five times Mr Ugly winner William Masvinu took the title he lost last year to Maison Sere in controversial circumstances during this year’s edition of the competition held over the weekend in Ruwa. The “ugliest” man in the land walked away with $500 plus a cow for his exploits.

Fanuel Musekiwa was voted the second best in the process pocketing $200 while Maison Sere got $100 for coming up third. Masvinu said he was happy to retain the crown after losing it last year.

“No one can dispute that I am the ugliest person in Zimbabwe. I now want to take my ugliness outside the country. If there is Mr Ugly World, I am confident I will bring the crown to Zimbabwe,” he said.

Musekiwa who came second promised to work hard next year so that he could wrestle the crown from Masvinu.

“I will be working hard on my looks and the way I present myself, come next year I am going to take over the crown,” he said.

Organiser of the pageant, David Machowa known in entertainment circles as Apama said he was happy with this year’s edition.

“This year’s event was bigger and better. It coincided with the braai festival where 14 000kg of meat were eaten,” he said.

Zimbabwe’s top musicians — Jah Prayzah, Killer T and Suluman Chimbetu provided entertainment during the event. Masvinu caught the eye of the nation through his ugliness which has seen him winning the crown a record five times. He is mobbed everywhere he goes because people want to catch a glimpse of him.

In the process, he has pocketed a few dollars because of his “God-given” talent. He even had a grand ‘wedding’ where his ugliness was paraded in the street of Harare.