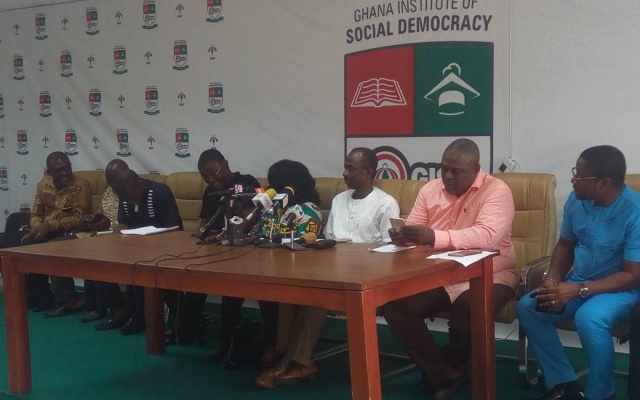 The leadership of the main opposition National Democratic Congress (NDC) has cautioned aspirants at all levels to refrain from any acts or conduct calculated to undermine the party’s sitting Members of Parliament ahead of the internal polls slated for next year.

The party asked members to adhere to strict disciplinary procedures adding “whiles we accept the right of every NDC member to aspire to any positions of the party, including that of Member of Parliament, we also believe that democracy can only be meaningful when the playing field is even, and the rules of the game are transparent and applicable to all equally.”Addressing a press conference on Thursday, December 21, the Party’s General Secretary Johnson Asiedu Nketia indicated there were rumours of some parliamentary hopefuls conducting themselves in ways that undermined sitting MPs.But the General Scribe warned that evidence of breach of this directive by aspirants  “may count in the evaluation of the eligibility of candidates when nominations are eventually opened”

Meanwhile the party has announced its much awaited timetable for its internal elections in preparation for the 2020 presidential and parliamentary elections.