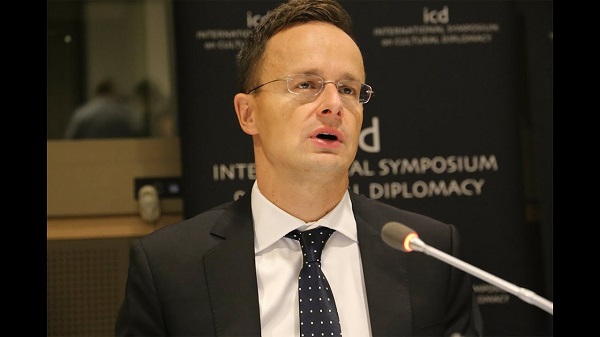 The Hungarian Minister for Foreign Affairs and Trade, Minister Péter Szijjártó says Ghana doesn’t need Aid nor handouts from European countries to grow but rather a skilled workforce that can make their know-how available to the Ghanaian economy to ensure rapid development.

Addressing a gathering at a ceremony held at the premises of a newly built facility to officially inaugurate and re-open the Hungary Embassy in Ghana, Mr. Szijjártó said the government of Hungary in light of how it values Ghana and the rest of Africa has decided to increase it’s scholarship grants to the country to ensure that more Ghanaians get trained with skills that can be used to transform the economy.

To this end, the Hungarian Foreign Minister announced that his country’s government has decided to increase it’s scholarship grants to 100 slots from the previous 40.

Closure and Reopening of Hungary Embassy

The Foreign Minister of Hungary described as unfortunate the decision by his country to close their embassy in Ghana some 30 years ago. He associated that decision to the socialist regime that was in power then in his country. He added that the reopening of the embassy in Ghana marks the establishment of permanent diplomatic relations with Ghana.

The Vice President, Dr. Mahamudu Bamumia who was special guest of honour at the ceremony in his speech described as welcome news the reopening of the Hungarian embassy in Ghana. He added that the Nana Akufo Addo led administration is looking forward to increased Trade relations with Hungary.

Dr. Bawumia affirmed the assertion by the Hungarian Foreign Minister that Ghana doesn’t need Aid but a skilled workforce. He therefore welcomed the the gesture of the Hungarian government to award more scholarship awards to students of Ghana.