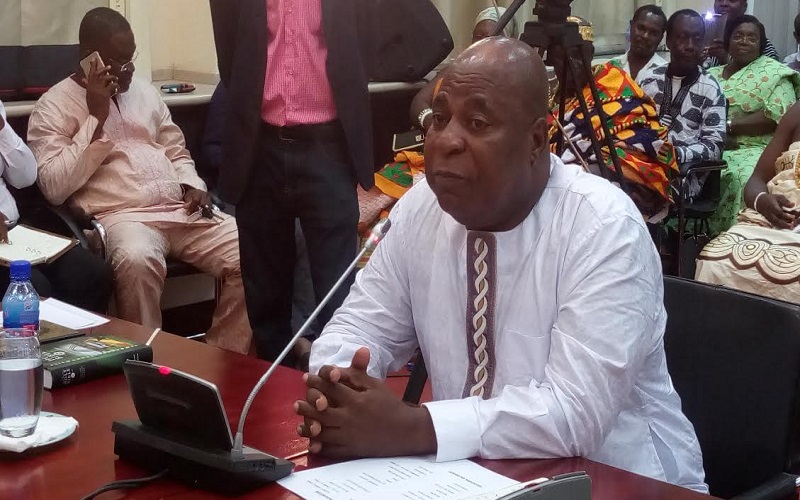 The Greater Accra Regional Minister, Ishmael Ashitey says arresting Chiefs who sell lands illegally will bring an end to the mayhem and the unlawful act perpetrated by land guards.

According to him, some of these Chiefs are complicit in the issue of land guards as they deliberately hire these hoodlums to torment people they sell lands to.

The phenomenon of land guards terrorizing residents has worsened in  in recent times in developing areas within the capital-Accra.

In an interview with Accra-based Citi FM, Mr Ishmael Ashitey said the Police are up to the task in the war against land guard menace especially in the Greater Accra region.

The Accra Regional Police Command has declared war on land guards whose activities create insecurity in the country. Land guards are often hired by dealers in land to terrorise land owners, as such dealers sell lands to multiple persons.

They are particularly employed in some communities in the Greater Accra Region where chieftaincy disputes are rife.

The activities of the land guards have, on numerous occasions, resulted in creating mayhem, leading to the loss of lives and property.