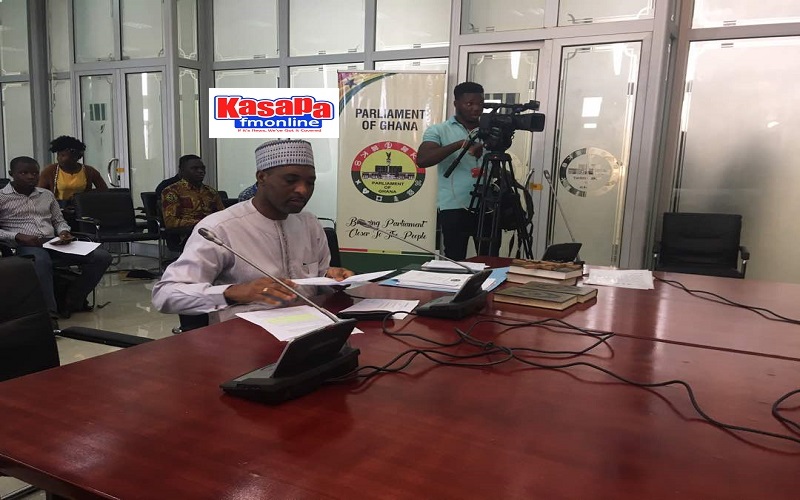 Minority Chief Whip and Starr Witness in the ongoing probe into the cash for seat saga, Mohammed-Mubarak Muntaka, has told the five-member Adhoc committee that he was pushed to demand for more answers because of the denial of knowledge of resource mobilization in connection to the matter by the deputy Minister for Trade and Industry, Carlos Ahenkorah and the Ministry’s Chief Director.

According to Muntaka, after receiving a brief that some monies were collected from expatriates who attended the Ghana Expatriates Business Award, he approached the Chief Director of the Trade and Industry Ministry during a committee sitting and demanded from him why they allowed such a thing to happen.

The Chief Director, whose name is immediately not known, according to Muntaka, denied knowledge of the matter.

Further to that, he said he closely monitored the deputy Minister for Trade and Industry, Carlos Ahenkorah who also denied knowledge about resource mobilization over the event on Kasapa FM.

This denial of knowledge, he noted, provoked him to demand for more answers into the matter.

“When I approached the Chief Director, he told me he didn’t know what happened. So, I asked myself how will such a thing happen without the knowledge of the chief principal spending officer. Subsequent to that, the deputy Minister denied on Kasapa FM that the ministry was not part of resource mobilization. So their comments provoked me to dig further for answers”, he noted in his testimony before the Adhoc Committee on Thursday, January 11, 2018.

On January 5, 2018, the Minority Chief Whip moved a motion at an emergency Parliamentary sitting calling on the House to investigate the alleged levies collected by the Ministry of Trade & Industry of the Ghana Cedi equivalent of various sums up to US$100,000.00 from expatriate businesses and related matters during the recently held Ghana Expatriates Business Awards in Accra.

According to him, the documents at his disposal clearly showed that some monies were collected from expatriates, noting that such was unethical.

The motion was seconded by the MP for North Tongu, Samuel Okudzeto Ablakwa.

But the Majority Leader, Osei Kyei-Mensah-Bonsu debating the motion told the House that the mover of the motion himself did not sign the affidavit attached to his motion.

Apart from that 28 MPs whose names were captured in the list of 77 as having signed to the affidavit calling for the emergency sitting had no signature against their names.

He told the House that based on the procedural irregularities which he considered to be gross abuse of the processes of Parliament, it was important for the Speaker to dismiss “what we have before us is incompetence”.

However, the Speaker after listening to the debate on the issue ruled that even though there were procedural irregularities in the motion filed by the minority, the matter before the House was of grave importance.

He therefore directed the House be suspended for thirty minutes to enable the mover of the motion to correct the procedural irregularities.

But such correction was not done when the House resumed sitting.

The Speaker ruling on the matter directed that a five-member committee be set up to investigate the matter.

1. When did the matter under consideration arise?

2. Can it be perceived in terms of what the lawyers normally describe as Novus Actus Intervenus – is it something new that has arisen?

3. Will the matter has been raised during the regular sitting session with prudent vigilance?

4. Has the matter been raised in any form or whatsoever during the session and why raise it in the moment Parliament goes on recess?

The Committee, according to the Speaker, is to submit its report on January 24, 2018.