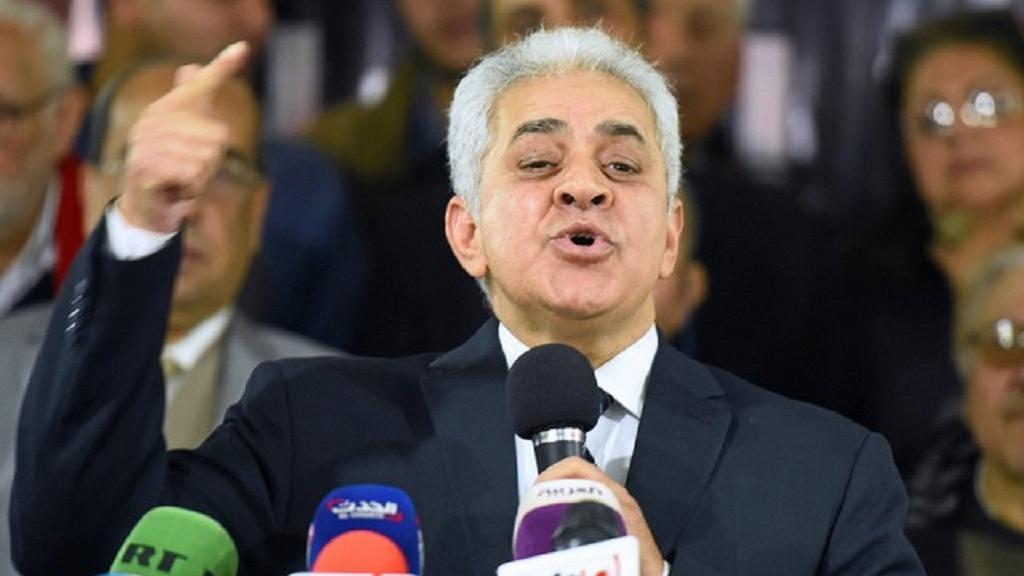 A coalition of opposition parties and personalities has called for a boycott of the March presidential election in Egypt, describing it as a “masquerade”.

This is the second call for a boycott of the election in which president Abdel Fattah el-Sisi is seeking a second term of office.

The call comes after re National Elections Authority confirmed that it had validated two nominations for the election, with Sisi’s only challenger emerging as Moussa Mostafa Moussa of the liberal party Al – Ghad.

Hamdeen Sabbahi, a former presidential candidate in 2012 and 2014, said at a press conference in Cairo of the coalition of eight opposition political parties and 150 Egyptian personalities.

“Can we talk about elections when there is no guarantee of a free vote?” Sabbahi questioned.

Sabbahi went on to accuse the current president’s regime of having “led the country into a deadlock because of its arrogance and willingness to repress any contrary opinion”.

The coalition, founded in December, announced that it was launching a campaign under the slogan “Stay at Home” to encourage Egyptians to boycott the elections.

Sisi was elected president in 2014, one year after he led the coup to remove Egypt’s president at the time, Muslim Brotherhood’s Mohamed Morsi.

His opponents accuse Sisi of methodically eliminating all Islamist and liberal opposition when he became head of state.

Two officers from the army including former chief of staff Sami Anan, were detained by the military after declaring their intentions to challenge Sisi for president.