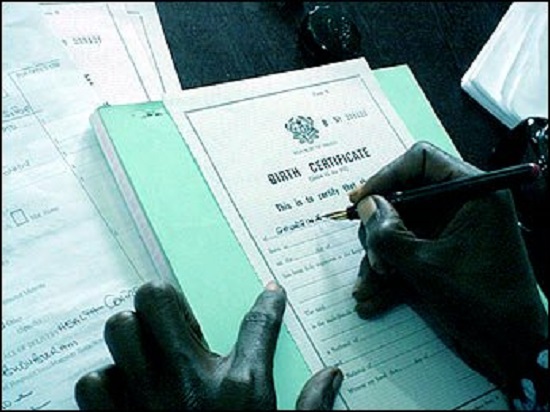 Government has directed the Birth and Death Registry to review its operational guidelines that seeks to ban title names such as “Maame, Papa, Nana, Junior, Nene, Nii and Ohemaa”

This was revealed by Minister for Local Government and Rural Development, Hajia Alima Mahama when she appeared before parliament following a summon by the Speaker.

The decision by the Acting Registrar was greeted by massive condemnation, with Pressure Group OccupyGhana issuing a 30-day ultimatum for the the Birth and Death Registry to reconsider its decision on the alleged policy, else it proceeds to sue the state on the move.

According to the Group, the state agency’s refusal to register such names have no basis in law, and must be advised forthwith.

“The Registrars claim that they are empowered to do this on the basis of the Registration of Birth and Death Act, 1965 (Act 301).

“We have however checked that Act and all relevant laws including the Regulations passed under the Act. We have not seen any provision that either supports this policy or gives the Registrars of Births and Deaths any power to refuse to register any name. We believe that this stance is a gross violation of the rights of Ghanaians to choose names (particularly Ghanaian names) as they deem fit for their children, subject to the right to change one’s name at any time later in life,”OccupyGhana  said in a letter to the Attorney General and Minister of Justice.

“We therefore write to put you on notice, in accordance with section 10 of the State Proceedings Act, 1998 (Act 555), that we intend to commence civil action against the Republic within thirty (30) days of the date of this letter if this illegality is not addressed forthwith,” OccupyGhana warned.

However, Hajia Alima Mahama,  addressing Parliament Tuesday on the matter said the contentious policy is to be reviewed and names that were banned by the Births and Deaths will now be accepted.

“…Mr Speaker ,With the sentiments expressed by the public, the acting Registrar for births and deaths registry has been directed to review the SOP and further directed that names such as Nana, Nii, Paapa and others as given by the parents should be accepted for registration,” Hon. Mahama said.

Birth and Death Registry ought to be overhauled – Patrick Boamah