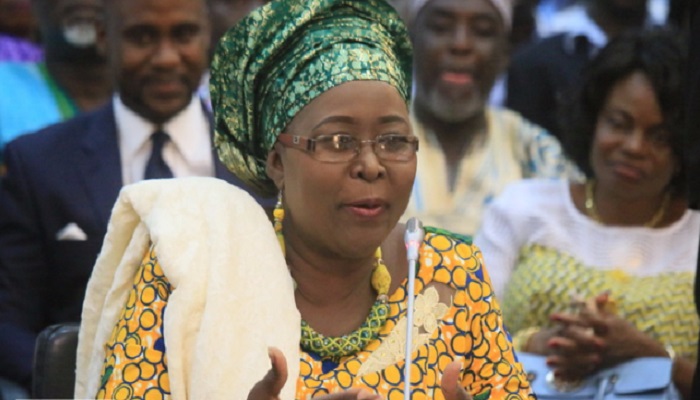 Parliament has summoned the Minister of Local Government and Rural Development, Hajia Alima Mahama and the management of the Births and Deaths Registry over a supposed ban on the registration of title names in the country.Minority Leader Haruna Iddrisu, questioned the legality of that move on Friday calling on the Speaker to summon the minister and officials of the state-agency before the House for questioning.

“I’m raising this so that this house will summon the Minister of Local Government and the management of the Births and Deaths Registry to explain to this house where their source of power is that they can say our president, Nana Addo Dankwa Akufo-Addo’s name [cannot be registered]. Mr Speaker, even in this house, there are many Nanas and Niis. It means when I give birth, someone sitting somewhere wants to determine what name I should give to my son and daughter. If I decide he should be a Haruna Junior he should be Haruna Junior…”

According to the Births and Deaths Registry names such as “Maame,” “Pappa,” “Nana,” “Naa,” “Junior,” “Nene,” “Nii” and “Ohemaa” are not accepted under the new policy.The ban has triggered public outrage with Pressure Group OccupyGhana  issuing a 30-day ultimatum for the Birth and Death Registry to reconsider its decision on the alleged policy or face a civil action.

“The Registrars claim that they are empowered to do this on the basis of the Registration of Birth and Death Act, 1965 (Act 301).“We have however checked that Act and all relevant laws including the Regulations passed under the Act. We have not seen any provision that either supports this policy or gives the Registrars of Births and Deaths any power to refuse to register any name. We believe that this stance is a gross violation of the rights of Ghanaians to choose names (particularly Ghanaian names) as they deem fit for their children, subject to the right to change one’s name at any time later in life,”OccupyGhana  said in a letter to the Attorney General and Minister of Justice.

Cry of a Ghanaian: Don’t risk it, close down parliament