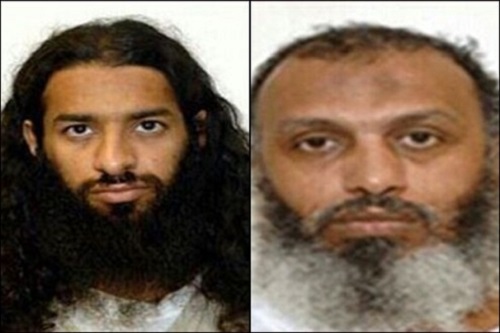 Minister for Foreign Affairs and Regional Integration, Shirley Ayorkor Botchwey, has revealed that there was no exit plan in the agreement the Government of the Republic of Ghana entered into with the Government of the United States of America concerning the two-year stay of the two ex-Guantanamo Bay detainees in the country.

“No exit arrangement was originally discussed between the two governments”, noted the Minister when addressing Parliament, Wednesday, on the status and decision of the two ex-Guantanamo Bay detainees, Omar Bin Atef and Al-Dhuby whose stay in the West African country expired on January 6, 2018.

The minority NDC Members of Parliament, Tuesday, accused the government of constitutional breaches and disrespect of the Supreme Court over failure to communicate the decision on the two ex-detainees.

President Akufo-Addo during the media encounter last week assured that the fate of the duo will be determined and communicated to Parliament as soon as the House reconvenes.

The Minority Leader Haruna Iddrisu, worried over the issue drew the Speaker’s attention to it on the floor when the House reconvened demanding immediate action from government.

But the Foreign Affairs Minister, Shirley Ayorkor Botchwey, who is also the Member of Parliament for Anyaa Sowutuom, in a brief to the House revealed, that there was no exit plan in the agreement the Mahama-led government entered into with the Government of the United States of America.

“From January 2016, the two ex-detainees now with families have been living here and so far are reported to be of good behavior. On January 6, 2018, the bilateral agreement for resettlement of the two came to an end. It is to be noted that no exit arrangements were originally discussed between the two governments to end the bilateral arrangements at the time of negotiation,” she noted.

She added “The U.S. has also been clear in our discussions with them that per the agreement, returning them to the United States is not an option open to discussion or negotiation. This means that all obligations relating to the two subjects has now become the responsibility of Ghana”.