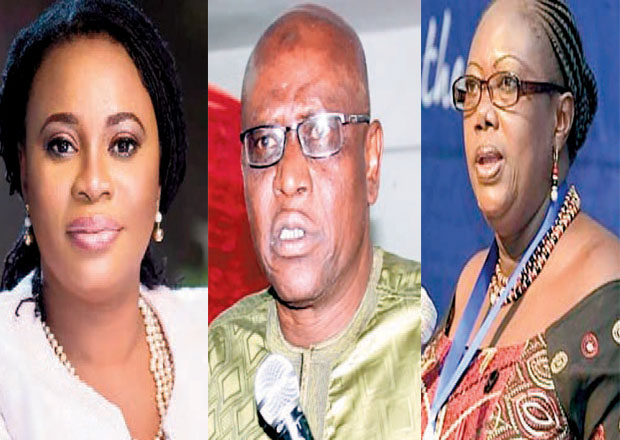 The fourteen days plea granted the Economic and Organised Crime Office (EOCO) by lawyers for the Deputy Chairperson of the Electoral Commission (EC) of Ghana, Georgina Opoku Amankwaah, to release their report on their investigations on the Commission’s Staff Endowment Fund expires today, January 29, 2018.

That means should the State investigative agency fail to release the report by close of the day, it will have no business to go to the office of Ms. Georgina Opoku Amankwaah like it did on Monday, January 15, 2018, and pleaded with her to go home until the said report is released if she decides to go to work on Tuesday, January 30, 2018.

The EOCO led by its Acting Executive, ACP K. K. Amoah (Rtd) and lawyers for Madam Georgina Opoku Amankwaah on January 15, 2018, reached an agreement for the deputy EC Chair who had resumed work from forced leave to go home until the report on the Commission’s Staff Endowment Fund is released in fourteen days time.

The investigative agency had gone to her office with armed police men with the intent of forcing Madam Opoku Amankwaah out of her office.

However after back and forth tussle with her lawyers, a common ground was reached, with the latter agreeing to a plea tabled in by the EOCO.

But ever since the agreement was reached, the State Investigative agency has reneged on its promise, with a day to go.

On Monday, January 15, 2018, Madam Opoku Amankwaah stormed her office to resume work as earlier communicated to the EOCO through her lawyers.

This was in spite of the forced leave slapped on her by the State investigative agency on July 2017.

In July 2017, the EOCO in letter addressed to the Chairperson of the EC, Charlotte Osei, demanded that Madam Georgina Opoku Amankwaah, the Chief Accountant, Mr. Kwaku Owusu Agyei-Larbi and the Director of Finance, Dr. Joseph Kwaku Asamoah, be made to proceed on leave to pave way for investigations into the loss of about GH₵480,000 from the Staff Endowment Fund at the Commission.

The directive by the investigative body was complied with, forcing the deputy EC Chair and the two others to proceed on leave.

But seven months down the line, the investigation by the EOCO has not been completed, provoking lawyers of Madam Georgina Opoku Amankwaah, to write to the State investigative agency, informing them that they have advised their client to resume work immediately.

The lawyers led by K. A. Asante Krobea, held the view that with the setting up of the Chief Justice’s Committee following the petition to the President, Nana Addo Dankwa Akufo-Addo, the EOCO has no basis to insist that the deputy EC Chairperson should still stay at home.

The lawyers in their letter dated January 2, 2018, and ‘Endowment Fund Investigation Resumption of Official Duty Our Client: Georgina Opoku Amankwaah (Ms), a copy which has been sighted by Kasapafmonline.com, contend that once the President of the land has not suspended the deputy EC Chairperson based on Article 146 (10) of the 1992 Constitution, it was proper and fair for her to resume work.

The Chief of Staff, Chief Justice, Attorney-General, Senior Minister and Chairman of the Council of State were all served copies of the letter addressed to the EOCO.

Ms. Georgina Opoku Amankwaah per the position she is occupying, has the same terms and conditions of service as are applicable to an Appeals Court Judge, according to the 1992 Constitution.

But the EOCO in a letter dated January 8, 2018, signed by the Acting Executive Director, ACP K. K. Amoah (Rtd), advised Ms. Opoku Amankwaah to exercise restraint and follow due process.