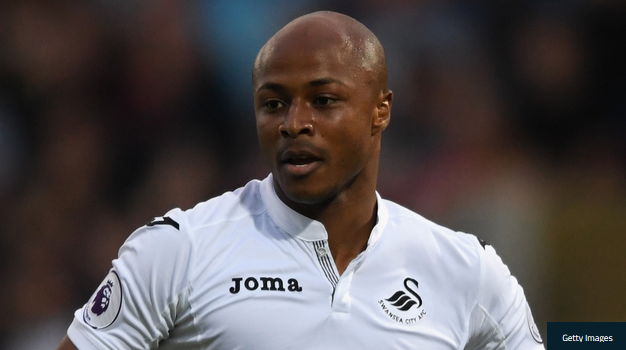 The Jack Army have wrapped up a deal for the attacker, who left the club in 2016

Ghana international Andre Ayew has rejoined Swansea City on a three-and-a-half-year deal, the club have announced.

Although the fee involved in the transfer remains undisclosed, Goal understand the club record deal is worth £18 million.

“Ayew has put pen to paper on a three-and-a-half-year contract at the Liberty Stadium after the Swans agreed an undisclosed fee with the Hammers,” the club have confirmed.

👆🏽TRANSFER NEWSSwansea have re-signed striker Andre Ayew from West Ham United on a three-and-a-half year deal for a fee of £18m.

“The 28-year-old forward returns to Wales having left the Swans to join West Ham for £20.5 million almost 18 months ago.

“His arrival is a major boost for boss Carlos Carvalhal, who has been looking to strengthen his forward line throughout the January transfer window.”

Set to reunite with younger brother Jordan, Andre was a massive hit during his first spell at Liberty Stadium.

In 34 Premier League appearances – all starts – the Ghanaian netted 12 goals, finishing the season as the Jack’s top scorer.

His good showing saw him on a move to West Ham after just one year with the Welsh outfit.

Limited opportunities at London Stadium have, however, have necessitated a move back to Wales

In 2015, the deputy Ghana captain came to England from France, where he played for Marseille, Lorient and Arles-Avignon.