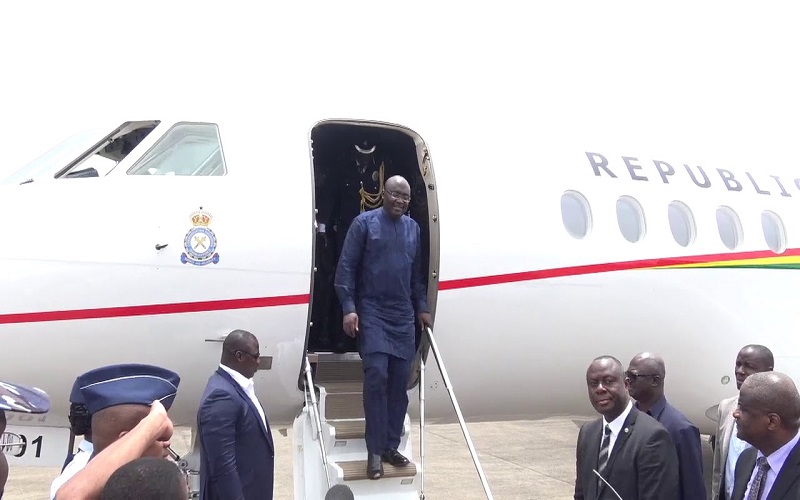 The Vice President of the Republic of Ghana, Alhaji Dr Mahamudu Bawumia will return to Ghana from the United Kingdom, today, Thursday February 1, 2018.

This is after he took a 12-day medical leave, on the advice of his doctors.

A terse statement signed by Eugene Arhin, Director of Communications at the Presidency said “He will be met on arrival by the President of the Republic, Nana Addo Dankwa Akufo-Addo, and the First Lady, Mrs Rebecca Akufo Addo.”

Minister of State in -charge- of National Security, Bryan Acheampong who was in London to see Dr Bawumia in an exclusive interview with Akwasi Nsiah on Simiso on Monday 29th January made the disclosure, saying the second gentleman of the land had gained back his health and will be back in the country before the weekend.

The Vice President accompanied by his wife, Samira, left Ghana on Friday, 19th January 2018, for the United Kingdom.

The Presidency had earlier on that Friday announced that the Vice President, on the day reported not feeling well and was attended to by his doctors and was in stable condition.

There were mixed reactions on social media about the decision to go public that the Vice President had taken ill. Whereas others think the announcement was right, others are of the view that it was needless.