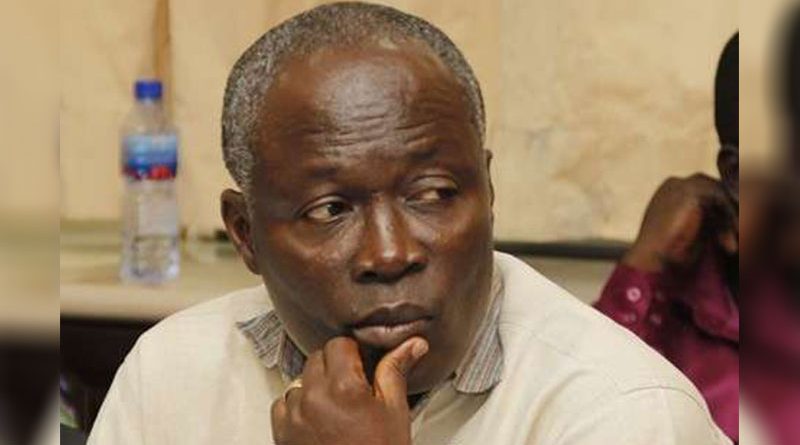 The largest opposition party the National Democratic Congress (NDC) has distanced itself from the comments made by former Minister of Youth and Employment, Nii Lante Vanderpuye that the party has resolved to win the general elections in 2020 and ensure the release of former NDC MP, Abuga Pele.

Speaking on the sidelines of the NDC Unity Walk in Eastern Region at Somanya over the weekend, Nii Lante Vanderpuye who’s also the MP for Odododiodoo, said despite Mr Pele’s incarceration, the party’s morale remains high ahead of the 2020 elections and will certainly win power.

“It is unfortunate but I can only say that this will not dampen the spirit of the NDC. Between 2001 and 2004, they sentenced Tsatsu Tsikata, Dan Abodakpi, Ibrahim Adam and Kwame Peprah. It did not stop us from winning elections in 2008. We are going to win the elections and bring Abuga Pele out.”

Abuga Pele, the former National Coordinator of the Ghana Youth Employment and Entrepreneurial Agency (GYEEDA), was sentenced together with the Chief Executive Officer of Goodwill International Group, Philip Assibit, to a jail term of 6 and 12 years respectively for causing financial loss to the state.

The court also ordered the state to recover all assets and money belonging to the state from the convicts.

But speaking on Neat FM on Monday in reacting to the comments made by Nii Lante Vanderpuye, Kofi Adams stated that the comments does not represent the position of the party.

“He may be speaking out of the shock of the sentencing, long after, the same person if asked to comment on the issue may say something different. Sometimes, I don’t work with the immediate reaction of close persons in such cases. The institution NDC which of which I’m the National Organizer is fighting corruption and it doesn’t matter who it affects whether you are internally in the NDC, that’s the reason we initiated the persecution. I don’t begrudge individuals who are close to Abuga Pele who’re pained by his incarceration, but their rights cannot represent the position of the NDC.”