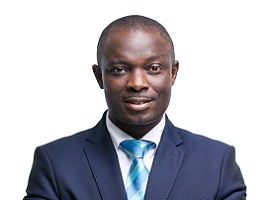 The Tax Stamp Policy, which emanates from the Excise Stamp Act, 2013 (Act 873), is a step in government’s partnership with private businesses to build a strong and business-friendly economy.

The policy which takes effect tomorrow March 1st, has left most local manufacturers wondering whether they will be able to continue to do business in Ghana or not.

To some local manufacturers, the policy is very unfavorable since it has brought extra burden and cost on production.

In an exclusive interview with Kasapa News, the Head of Marketing for Blowchem Industries Ltd, Producers of Bel-Aqua and Yummie Instant Noodles, Raj Mirpuri said he has received information from some manufactures that they might move to Burkina Faso, Ivory Coast and Togo to do business.

“The information I have on the ground is that lots of people are looking at moving to Burkina Faso, Ivory Coast and Togo. Most industries that have two to three machines in Ghana are trying to set up small businesses there and then see how to move out because it is going to be very difficult to operate in this environment. The overheads are very high. If you look at electricity, look at water, look at salaries it is not a joke”, he stated worryingly.

Raj Murpuri further indicated that the current situation might call for some layoffs in the very near future since companies would have to shut down should things get worse.

“If I cannot afford to run my factory or cannot meet my demands then cutting down on labour is what is going to happen”, he added.

He further indicated that his company has no idea how the whole process is going to be since the government and the Ghana Revenue Authority(GRA) have not educated them on how to use the affixing machine.

The Deputy Finance Minister, Kweku Kwarteng, speaking on some media platforms this week has stated that the government can no longer hold back the implementation of the Excise Tax Stamp Policy due to setbacks from affected businesses as the country risks losing revenue due to under declaration.