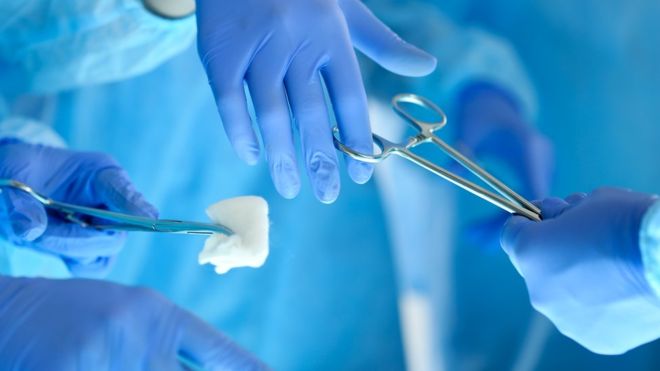 An Indian woman’s husband and brother-in-law have been arrested after she told police they stole one of her kidneys in lieu of a dowry.

Local media report that the West Bengal woman’s husband arranged an appendicitis surgery when she was suffering stomach pain two year ago.

Late in 2017, two separate medical examinations revealed she was in fact missing one of her kidneys.

She alleges that her husband had frequently made demands for a dowry.

The payment of dowries – traditionally paid from a bride’s family to a husband’s – has been banned in India since 1961.

Speaking to Indian media, the alleged victim, Rita Sarkar, said she had been the victim of domestic abuse over the dowry issue for many years.

“My husband took me to a private nursing home in Kolkata, where he and the medical staff told me that I would be fine after removing my inflamed appendix through surgery,” the Hindustan Times quoted her as saying.

“My husband warned me not to disclose the surgery in Kolkata to anyone.”

Months later, she was feeling unwell and taken to a doctor by members of her family. Scans then revealed her right kidney was missing, she said. A second medical exam confirmed the diagnosis.

“I then understood why my husband implored me to keep quiet about the surgery,” she told the Hindustan Times.

“He sold my kidney because my family couldn’t meet his demand for dowry.”

The Telegraph India newspaper quoted police inspector Udayshankar Ghosh as saying: “We suspect the involvement of a racket.”

“A case was registered under provisions of the Transplantation of Human Organs and Tissues Act. We have also charged three persons with attempt to murder and bride torture.”