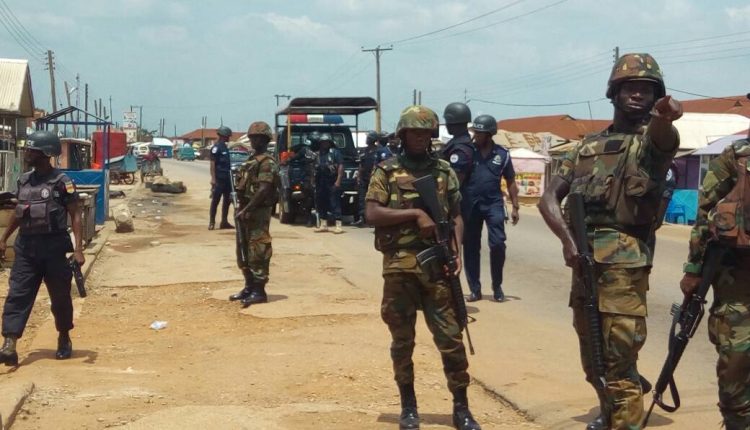 One person has been confirmed dead while scores of residents are injured in renewed clashes at Ahwiaa in the Kwabre East District of the Ashanti Region Monday afternoon.

It is unclear what sparked the latest attacks near the Ahwiaa Local Authority School which saw residents including school pupils and teachers being stabbed by some unscrupulous youth in the area.

Kumasi based Abusua FM’s Osei Kwadwo reports that it took the intervention of the Police led by the Deputy Ashanti Regional Police Commander to restore law and order and prevent further mayhem from happening. Four persons have been arrested by the Police to help with investigations into the matter. 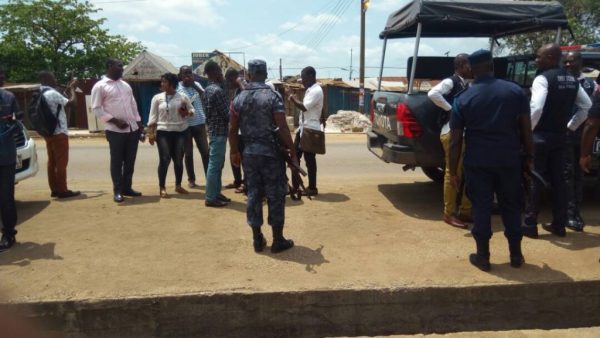 It would be recalled that last month dozens were injured while properties worth hundreds of Ghana cedis destroyed on Saturday February 3, 2018 after youth from the Zongo community and indigenous Ashantis were involved in bloody clashes.

The fight ensued with the two sides attacking each other with machetes and other weapons after the Ashantis prevented the Zongo youth from participating in a burial and funeral rites of a deceased lady.

The District Security Council (DISEC) at Kwabre East and traditional leaders subsequently banned ‘soloku’ (merrymaking) and wake keeping in the Ahwiaa Community as a measure to ensure peace in the area.

The District Chief Executive (DCE) of Kwabre East, Nana Osei Asibbey Bonsu, in an interview last month assured that DISEC and the traditional leaders will work to prevent an escalation of the tensions in the community.

“Since we don’t want to see any clash again in the Ahwiaa community, DISEC and traditional leaders have banned soloku and wake keeping. Even where is a funeral in the community, the moment the family head will leave the place the machines will also go off. We will maintain security presence here in order to ensure law and order” he said.