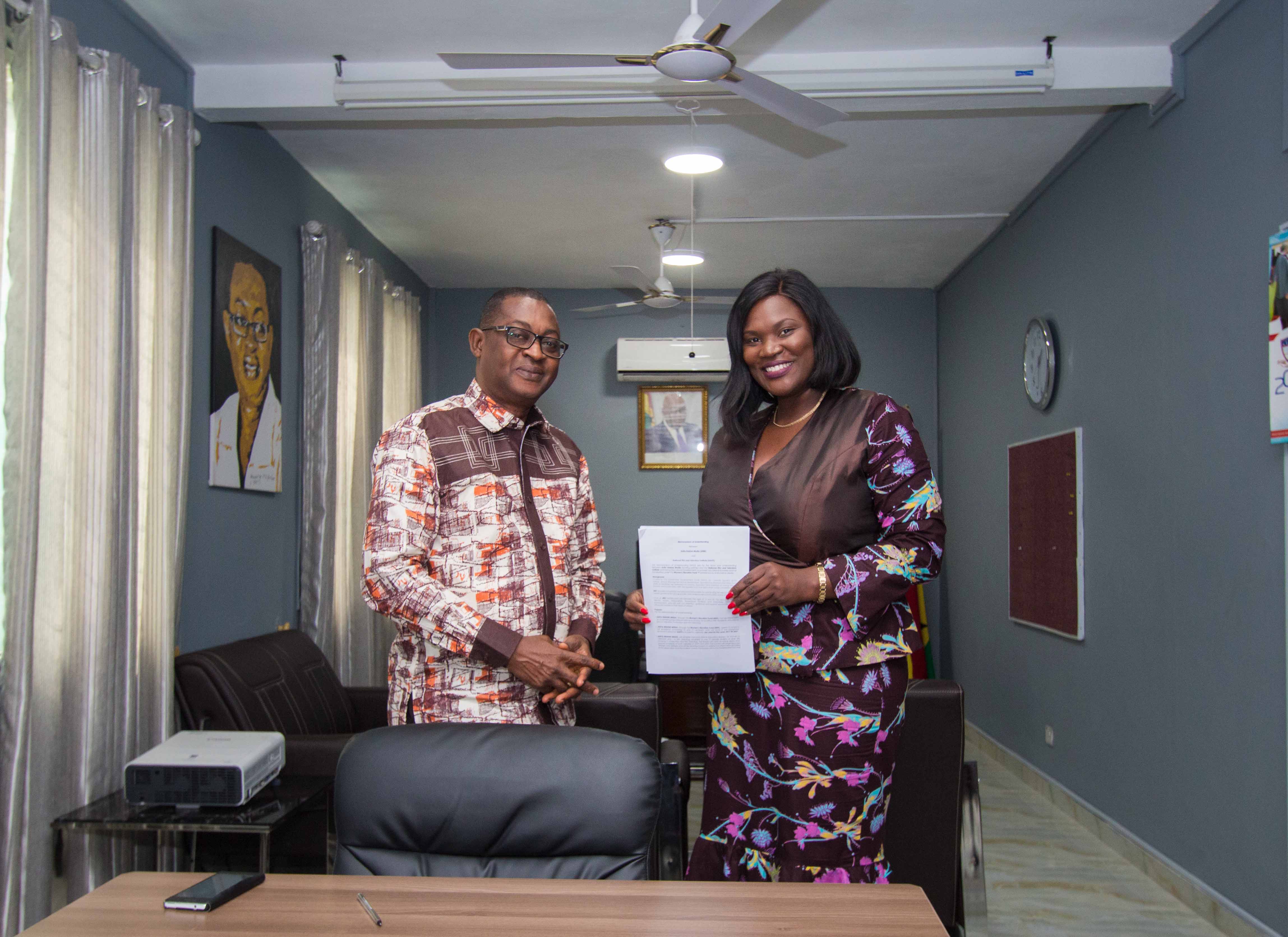 Pan African Media Maven, Anita Erskine and the National Film Television Institute (NAFTI) have formed an historic 10-year partnership that will fuel the ambition of some young African women, who have a deep desire to revolutionize Africa’s Film and Television Industry.

The partnership was influenced by the Sustainable Development Goals (SDGs) #4, #5 and #9 – Quality Education, Gender Equality and Innovation and Infrastructure respectively.

The partnership, which will see the release of a series of scholarships, tuition bursaries, Internship opportunities and Short Film Project Funding, will have recipients and beneficiaries who have demonstrated brilliance and an eagerness to pursue Film Directing and Television Production but who are clearly at a socio – economic disadvantage such as poverty, disability or displacement (as in the case of Refugees) to name a few.

These funds will be released by Anita Erskine Media each year and will enable the beneficiaries to access education at NAFTI, at no or subsidized cost to them.

The Internship opportunities for the students will be provided and brokered by Anita Erskine Media and its partner TV networks and Film Studios around the world.

“NAFTI believes in impressing on its students that film and television are expressions towards the development of the intellectual, philosophical and cultural ideals of our people. As a result, NAFTI recognizes the importance of training not just media artisans, but scholarly professionals who can critically reflect on the African society and provide images and creative representations that enhance the Africa identity. So while professional training constitutes the Institute’s core work, its curricula continues to be a unique blend of scholarship inculcation and professional development,” said Dr. Samuel A. Nai, Rector, NAFTI.

This is the first time a woman in the Media and Communications discipline in Ghana, has collaborated with an Institute in the Creative Arts and Audio Visual Production field in Ghana.

“NAFTI is a trusted Ghanaian institution and has indeed produced some of the most powerful film directors and television producers, whose works are meeting global critical acclaim every day. The partnership approach is three – pronged. There is an urgent need for our true, authentic, original indigenous stories to be told. 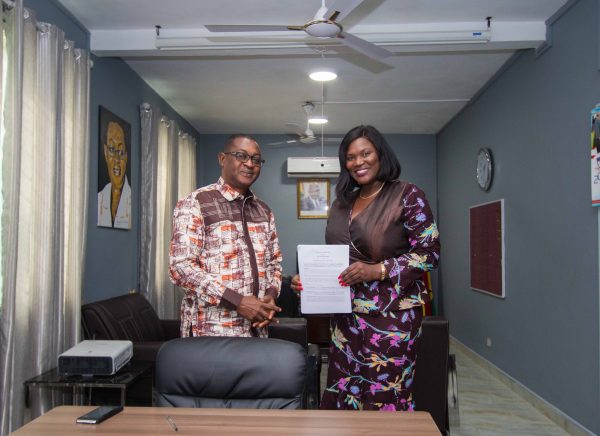 “Meanwhile, there is also an entirely new army of Women rising. They want guidance, need support and crave every help they can get. Sadly many, lack the funds required to facilitate their dreams and ambition. On another hand, the SDG’s are a clear challenge to each of us to empower and change our communities for the better. I am deeply passionate about Education for Women so I am confident that this collaboration with NAFTI will make an immense contribution to very fabric of our nation on so many levels. Our beneficiaries are between the ages of 17 and 23 and come from across the continent. Africa’s emergence depends on this kind of collaboration. And I thank God that it is lifting off today,” says Anita Erskine.

Erskine’s focus on Girls Education began as a personal effort which was initially inspired by her work with Discovery Learning Alliance – the non-profit wing of global communications giant, Discovery Communications. Now, as an intercontinental advocate for Girls Education, Erskine’s resilience in this particular effort is to elevate Women around the world to allow Girls of all ethnicities to access Education.

The potential recipients will come via recommendation from schools and communities and will be screened by the Anita Erskine Media Board in tandem with NAFTI’s senior management.

The first batch of recipients will be announced in June 2018.