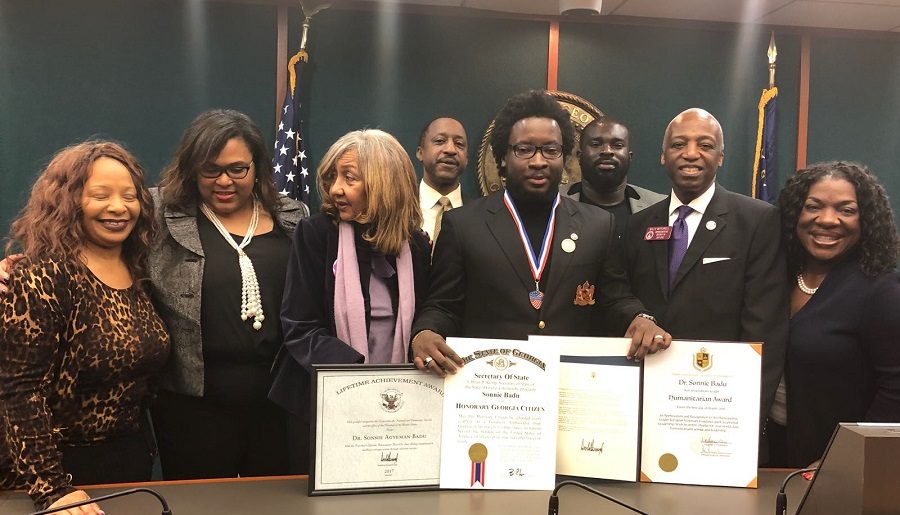 UK- based International Gospel Act, Dr. Sonnie Badu has been honoured with three awards by the State of Georgia in the United States of America.

The three (3) awards: the Honorary Georgia Citizenship award, the President’s LifeTime Achievement award and the Humanitarian award were presented at a short ceremony to Sonnie Badu by the Georgia State Capital at the opening of the Rock Hill Church in Atlanta. 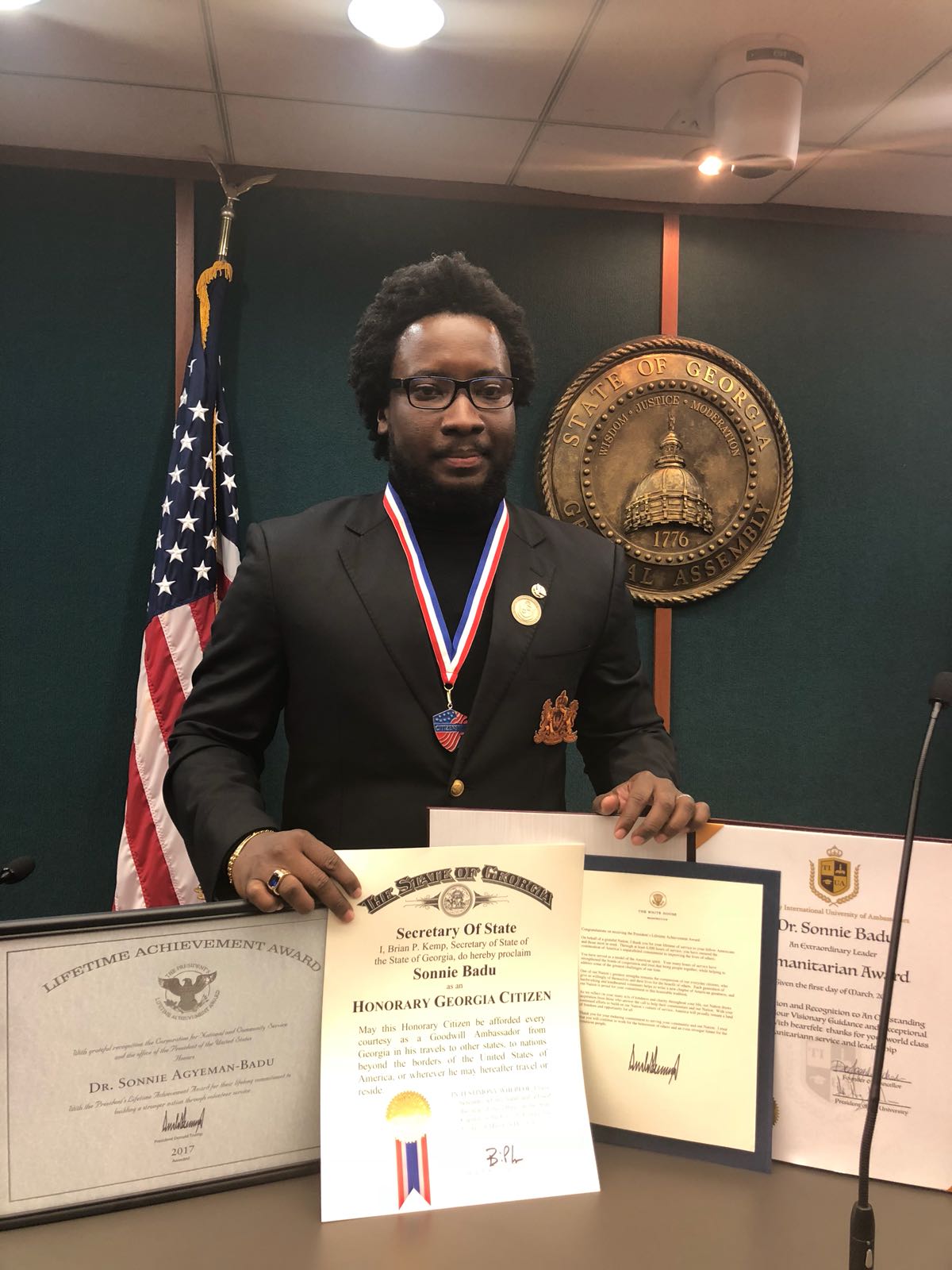 In presenting the award, the representatives of Georgia State Capital noted that the Honorary Georgia Citizenship award, which is from the Office of the Secretary of State of Georgia, Brian .P. Kemp accords Sonnie Badu every courtesy as a Goodwill Ambassador in his travels to other states and Nations beyond the borders of the United States of America and wherever he may go after to reside.

The representatives of the Georgia state Capital also presented Dr. Sonnie Badu with the President’s Life Time Achievement award which commended Sonnie Badu for his Lifetime of Service to the America and those in need and for  serving as a model for the American Spirit. The Award also thanked the “Wonder God” hit maker for his enduring commitment to America. 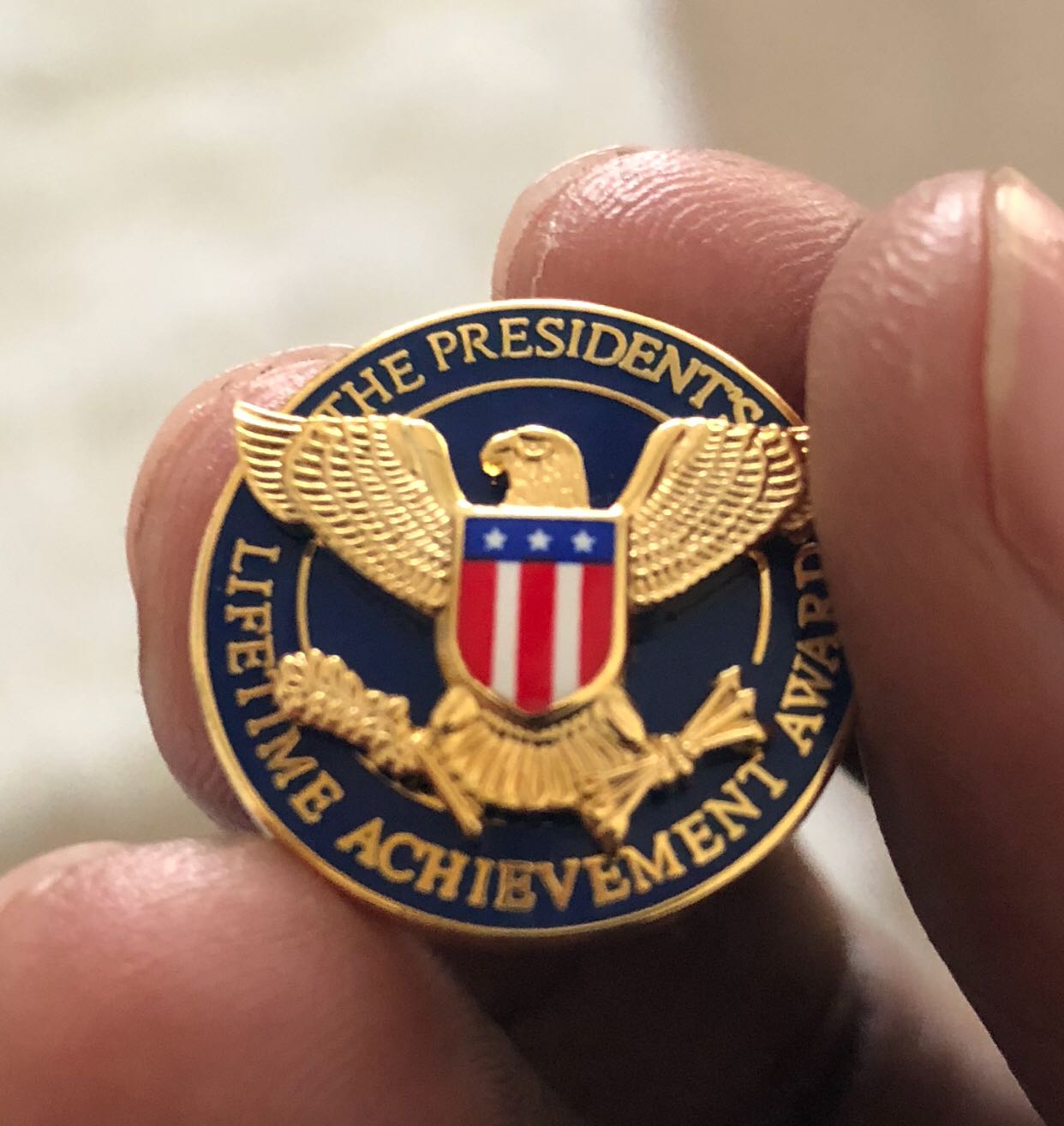 An elated Sonnie Badu took to his social media handles to share his joy and talked about “the uncommon favour of God saying “Jesus favoured me, if you see him Thank him on my behalf”.

The award makes Dr. Badu the first African gospel artist and preacher to receive a LifeTime achievement award from a United States President  and also the first gospel artiste to receive the honorary citizenship of Georgia. 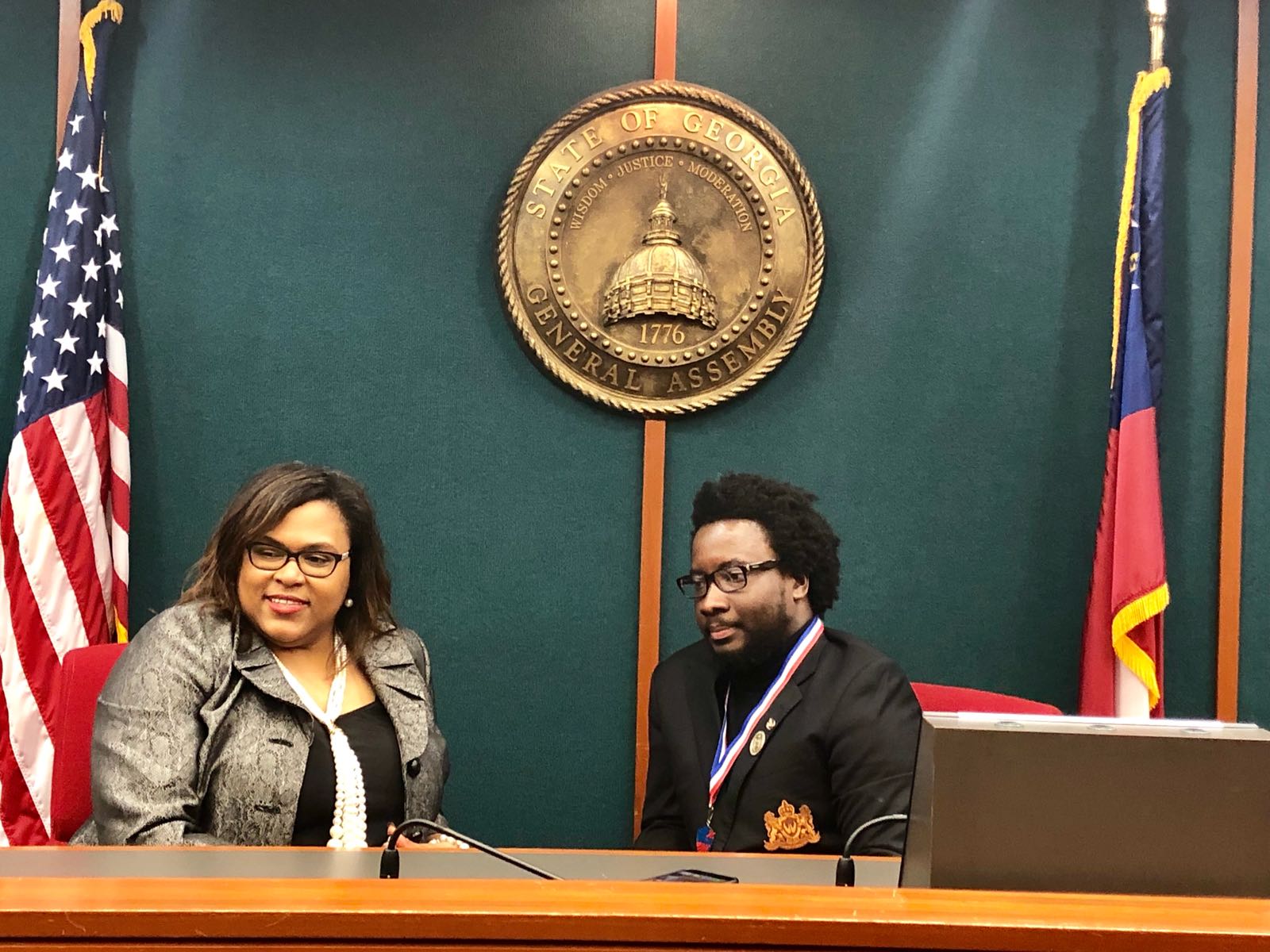 Sonnie Badu is known to be a recipient of several awards and honours, with the recent one being the UN appointment.

TIUA did not issue any earned degrees to Sonnie-Badu in 4 months – Mgt.