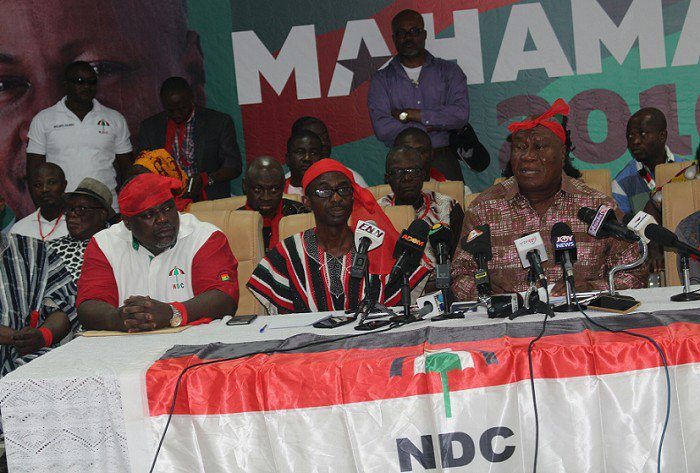 A member of the Convention Peoples Party (CPP), Kwame Jantuah, says he sees the opposition National Democratic Congress (NDC) as a party that is not comfortable with the transparency level of the govern ring New Patriotic Party (NPP) led by Nana Addo Dankwa Akufo-Addo.

This follows Cabinet’s approval of the deal which was chaired by the President, Nana Addo Dankwa Akufo-Addo.

Following the ratification of the deal, some civil society organisations and opposition political parties, including the NDC, have expressed their sentiments about the deal, noting that per the dictates of the pact, Ghana’s sovereignty has been sold to the Americans since the deal will give the Americans.

But Mr. Kwame Jantuah, interacting with Accra-based TV 3, Saturday, said the stance of the opposition NDC is far fetched.

To him, the NDC’s opposed stance against the military cooperation agreement has to with the level of transparency by the Akufo-Addo-led government and nothing more.

The NDC, he noted, entered into similar agreement with the Americans in 1998 and 2015 but those agreements, he added, were not sent to Parliament for ratification.

Therefore, what the then government did was in secrecy and never came to the fore of the public to dissect it until the NPP came to power.

“One thing that Akufo-Addo did that has exposed the hypocrisy of the NDC government is he wanting to be transparent”, he noted.