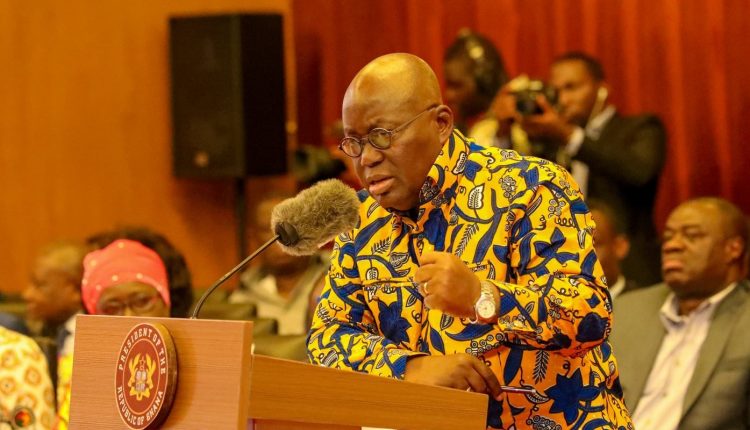 The President of the Republic of Ghana, Nana Addo Dankwa Akufo-Addo says there is no way under his presidency that same sex marriage will be given the green light.

What he is focuses on doing, he noted, is to deliver on his mandate and improve on the quality of lives of the Ghanaian people.

Responding to claims that he has legalized same sex marriage through the Director of Communications, Jubilee House, Eugene Arhin, Saturday, April 28, 2018, President Akufo-Addo said the issue about legalizing same sex marriage is not a priority under his government.

But the President’s response which was contained in a statement signed on his behalf by Eugene Arhin urged Ghanaians to disregard the claims made by the NDC Chief Scribe.

” This is nothing but a baseless and vile fabrication by no less a person that the General Secretary of the leading opposition party in Ghana”, the statement in part read.

It added “For the avoidance of doubt, President Akufo-Addo has not stated anywhere that under his presidency, “men will marry men and women will marry women”.