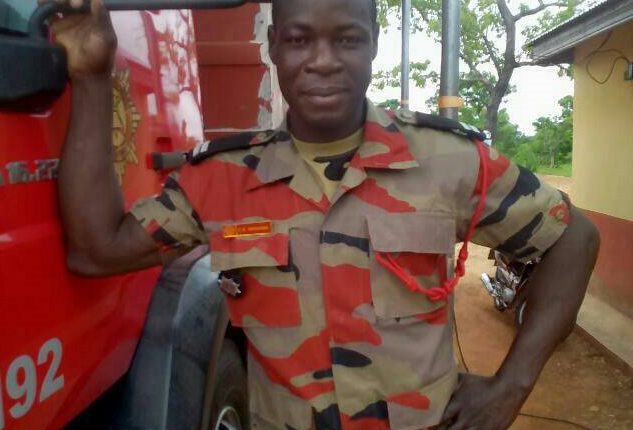 Unknown armed gang killed a fire officer on Saturday, April 14, on his farm in a small village near Damongo, West Gonja District capital as police is yet to find similar gang who killed another officer of the Mole Game Reserve weeks ago.

Mahama Cosmos Eliasu, 35, was found dead few miles away from his farmland in Janforo, by worried locals who mounted search for him when he failed to return home after 6.00pm.

Police said the victim, a fire officer at Sawla, came to Damongo to visit his farm but was shot several times in the chest and chin while returning from the farm at a village called Broto.

Police are yet to disclose details of the attack but some members of the search party who found the slain officer believe it was a robbery attack.

His body has been kept at the Damongo Hospital pending active murder investigation.

However, his motorbike, mobile phone and other belongings were found untouched.

Reports now emerging indicate that the Broto road has been a hotspot of robbery attacks where armed robbers mostly target motorbikes and farmers.

This incident happened just few weeks after poachers raided the Mole Game Reserve and shot dead an officer of the wildlife.

Police are yet to make any arrest. – Eliasu Tanko