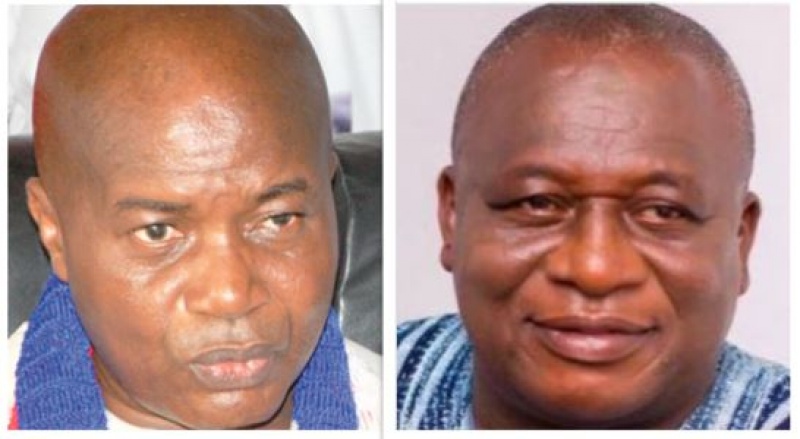 Mr Kwabena Marfo, spokesperson for Alhaji Abubakar Abdul-Raman (Alhaji Short), who is vying for the chair slot of the governing New Patriotic Party (NPP), has said complacency on the part of Mr Stephen Ntim who’s also competing for same position is sure to cause his defeat during the upcoming elections.

According to him, any politician who openly underrates his opponent ahead of any election like Stephen Ntim is doing is not a smart politician, adding that the latter will laugh at the wrong side of his mouth at the end of the elections.

Mr Ntim who is a three-time loser in his bid to become the National Chairman, in a meeting with some delegates in the Eastern Region dismissed Alhaji Short, as an unknown person in the party and as such not qualified to be the next national chairman of the NPP.

But reacting to Mr Ntim’s assertions, Kwabena Marfo told Fiifi Banson on Anopa Kasapa on Kasapa FM Wednesday that his boss is a mature politician better known in the party than his arch-rival Stephen Ntim, who is having a fourth go at the position.

He noted that Alhaji Short, is not a talker but a hard worker who has managed to secure the fortunes of the NPP in the NDC-dominated Upper West Region, adding that Stephen Ntim considers Alhaji Short his greatest threat, the reason for him needlessly attacking the latter.

“When Stephen Ntim contested Mark Manu, he was complacent, against Jake he was complacent, against Afoko he was also complacent and he’s not learnt any lessons and he’s repeating same this time too. The other day I heard him claiming his surveys indicate that he’s leading with 80% of delegates on his side whereas Alhaji Short has a paltry 3%. The same way Stephen Ntim underrated Paul Afoko in Tamale that he’ll not win the National Chairman position which led to him crying after he was beaten by Afoko, I can assure you that this time around also he’ll cry the more. Any politician who openly underrates his opponent ahead of any election is not a smart politician, there is a big question mark about that person. You never go into an election with complacency, if you do that you’re sure to lose that elections.”