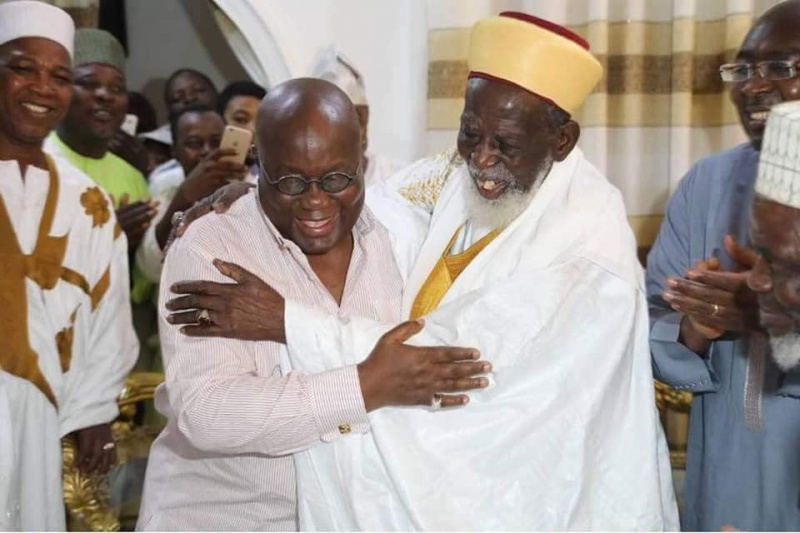 Vice President, Alhaji Dr. Mahamudu Bawumia disclosed this at a short ceremony to celebrate the Muslim leader on his birthday.

President Akufo-Addo together with his entourage from the Jubilee House, including the Zongo Minister and other Presidential staffers joined the National Chief Imam, Sheikh Dr Usman Nuhu Sharubutu to mark his 99th Birthday.

The Islamic cleric and Leader of the Muslims was born at Old Fadama on 23 April 1923.

Sheikh Dr Usman Nuhu Sharubutu has been instrumental in forging peaceful co-existence between Muslims, Christians, and other religious bodies as well as political groups in the country as a member of the National Peace Council.

There have been several best wishes pouring in for Dr. Nuhu Sharubutu as he celebrates his birthday.

Publish Biographies of our National Heroes – Bawumia to Ghanaian Writers