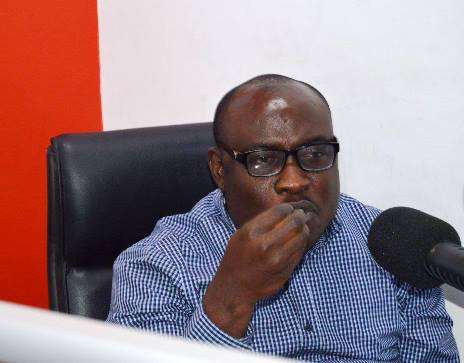 The opposition National Democratic Congress (NDC) Deputy Director of Communications suffered huge embarrassment after he was thrown out of the studio of Accra based Peace FM during a live political show Monday night.

The vociferous politician who was said to be drunk was on the programme with the governing New Patriotic Party (NPP) Acting Director of Communications, Yaw Adomako Baafi but began to misbehave shortly after he entered the studio.

Kwaku Boahen whose misconduct could no longer be contained by the show host, Nana Yaw Kesse, was warned to either conduct himself well or be thrown out of the studio. But he continued with his unruly behavior forcing producers of the show to drag him out of the station.

Sources at the station say, Kwaku Boahen smelled of alcohol suggesting he might have been drunk, but this website has not been able to independently verify that claim.

NDC will police every stage of the election process – Mahama