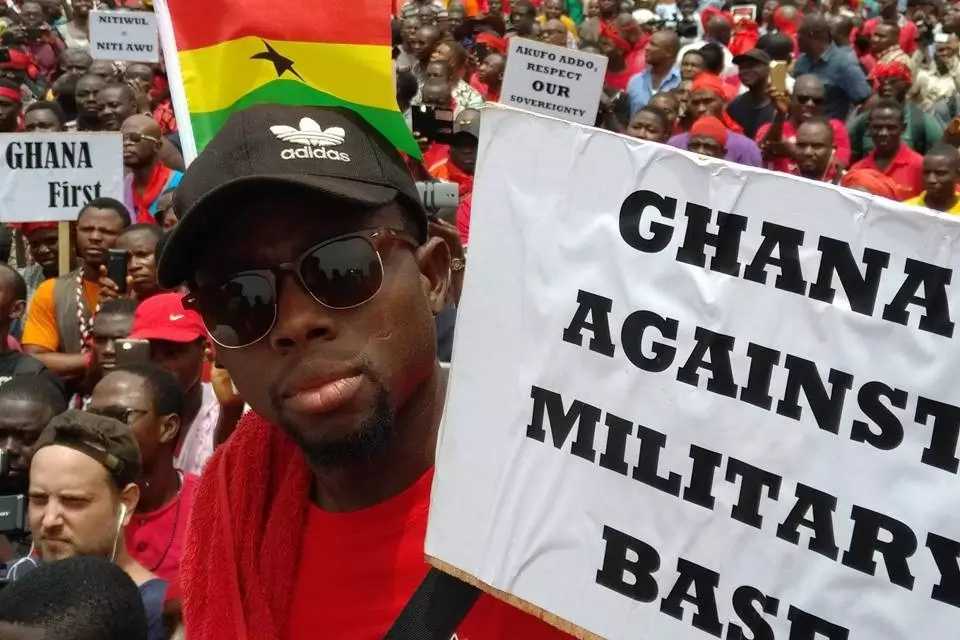 A group calling itself, the Ghana First Patriotic Front that led a demonstration last week against the US-Ghana military agreement has served notice it will hit the streets again in two weeks with more protests against the government’s posture.

Mr. Akufo-Addo broke his silence on the much criticised US-Ghana Defense deal Thursday and expressed his outrage at the defamatory comments from his political opponents, to the effect that Ghana’s sovereignty had been mortgaged by his government and himself.

Addressing the nation last night on the Defense deal, he asked Ghanaians to reject the hypocrisy of the naysayers about the deal saying “It is difficult to understand that such people, knowing what they do know, would set about so blatantly to confuse people, and go as far as calling for the overthrow of our democracy? A democracy that has become the beacon of good governance in Africa?”

He was confident that this kind of cynical manipulation by “reckless self-seekers”, in the fullness of time, will be acknowledged and condemned by Ghanaians, stressing that “as the facts become clear and widely available, and as the people come to terms with the evidence, they will reject the falsehood and deliberate attempts to destabilize our peaceful country. Truth is sacrosanct.”

Critics however say he was intolerant in his address resorting to tantrums as he sought to discredit the “genuine concerns” Ghanaians had with the agreement. Others also said the address was empty and failed to touch on the issue.

Convener for the Ghana First Patriotic Front, Edem Agbana has indicated that its members are preparing to go back to the streets for another mammoth demonstration.

“He[Akufo-Addo] failed to address the concerns that we’ve raised…he was supposed to have withdrawn the agreement and address the specific articles that we have challenges with. We’re resuming our regional demonstration in tamale two weeks time; next week we have a public forum. We will continue to let Ghanaians understand the agreement and how dangerous it is to the interest of Ghana.”

Scores march in Tamale against US Military deal

No US military base in Ghana – Akufo-Addo