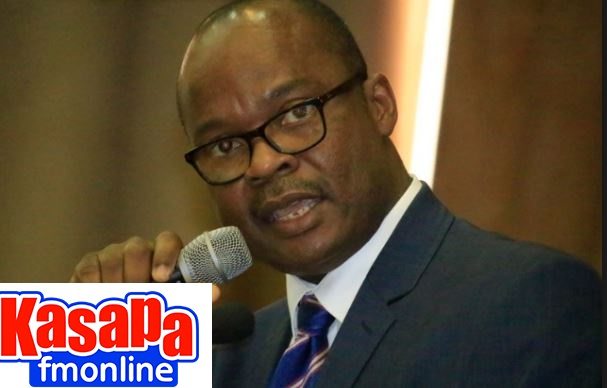 The Bank of Ghana (BoG) has appointed an Advisor to directly supervise operations of Sovereign Bank.

Sources say the action took place around the time that the regulator appointed an administrator to take over the management of UNIBANK earlier this year.

JOYBUSINESS understand the regulator took the action because it was not happy with the state of affairs at the Bank.

Sovereign Bank Limited (SBL) is a full-service bank with a principal aim of making a difference in the banking and financial services landscape by being unique in its service delivery and product offering.

Incorporated on 9th October 2015 in Accra- Ghana, Sovereign Bank Limited was granted a Universal Banking license by the Bank of Ghana under the new Banking Act 2004 (Act 673) on 21st January 2016.

According to sources, the decision to appoint an advisor was after several back and forth between the bank and BoG with hearings on many occasions.

Letters and queries following supervision and efforts to get the bank to change its modus operandi failed. The move was also a follow-up action on examination and other supervisory reports which showed unsatisfactory operations.

This follows other supervisory reports and failure to comply with directives decided to take remedial action by appointing an Advisor.

JOYBUSINESS is reliably informed that the Central Bank as at the time of the intervention was unhappy with the shareholders and directors of the Bank.

Although BoG will not speak about the details of its discomfort with the Bank, it considered necessary moves to improve the affairs of the bank.

The Central Bank has therefore used the powers conferred upon it under the law to appoint an Advisor to manage the bank.

At the time of the intervention of UNIBANK in March this year, there were reports that two banks had been placed under the watchful eye of the Central Bank. Sources suggest the second bank was Sovereign Bank.

What will the Advisor be doing?

Many things we understand from the law:

– Having been served with an order appointing an advisor to the Bank, the Central Bank expects Sovereign Bank to comply with the order and extend their full co-operation to the Advisor.

– The Advisor will be entitled to attend the meetings of the board of directors of the bank, and any such decision-making body in the bank and will be expected to participate fully in the deliberations of such meetings.

– The views of the Advisor are expected to be recorded in the minutes of the meetings, although the advisor, shall not vote on a matter for determination by the meeting.

– It is not clear how long the Advisor will be at the Bank, but JOYBUSINESS understand that for him to have a full picture of the operations of the bank and understand the shortcoming to help address follow-up actions on examination and other supervisory reports that raised concerns, this Advisor could be at post for over a year.

– The Sovereign Bank will bear all expenses of the Advisor in the discharge of its duty.

Who is Behind Sovereign Bank?

The Bank is chaired by Dr, Kwame Achampong-Kyei and the other directors are Dr Tetteh Nettey, Abdulai Abukari, John Okwesie Arthur, Afotey  Odarteifio and Johan Rheeder.

It is also alleged that the real owners of Sovereign Bank are somehow connected to defunct Capital Bank.

Future of the banking industry

JOYBUSINESS is reliably informed that the Bank of Ghana could soon be taking over the administration of two other banks. This is part of ongoing measures to clean up the banking industry and we will be monitoring the situation closely.

We aren’t aiming at collapsing any bank – Akufo-Addo