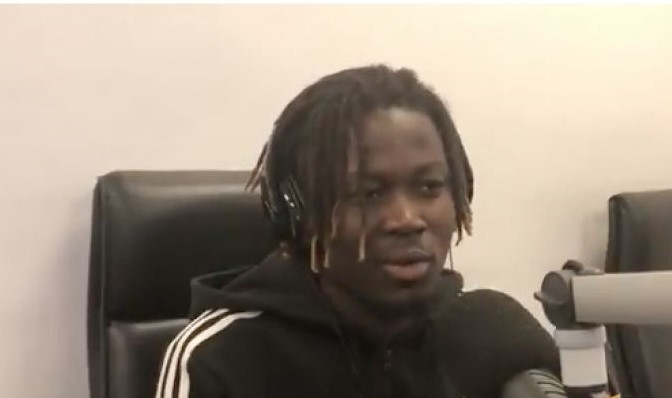 Ghanaian hiplife Artiste, Wisa Gried, has said he spent the Ghc 10,000 that was given to him by his ex-Manager, Halifax Ansah Addo after the popular journalist rejected the money following the controversy that surrounded it.

There was controversy over who actually paid for the ‘Ekiki Me’ hit singer to be set free after an Accra Circuit Court found him guilty of indecent exposure and was fined GHC8,4000, with a default sentence of 24 months.

Mr. Ansah-Addo, who is also the Director of Communications for Zylofon Cash and Zylofon Events had said he sent an amount of GHc 10, 000.00 to bail Wisa.

According to him, when he heard about the fine, he thought he could help, so he asked Wisa to send someone to his office for the money.

“I wasn’t even in court so I called few media friends who were there and sent the money so he would be freed. Wisa is my friend. We come from the same hometown and I felt it was right to help a brother who was in dire need at that moment.”

However, the Chief Executive Officer of Black Avenue Muzik, Desmond Blackmore (D-Black), who now manages Wisa said the fine was not paid by Halifax.

Speaking on The Zone with KOD on Thursday, May 17, Wisa admitted taking GHC10,000 from Halifax  after the court fine was paid by his managers.

“I received GHC10, 000 from Halifax but I didn’t use it to pay the fine, after the fine was paid I tried returning the money to him but he rejected it so I spent it “, he stated.

My achievements shows I’ve no competition in Ghana – Wisa