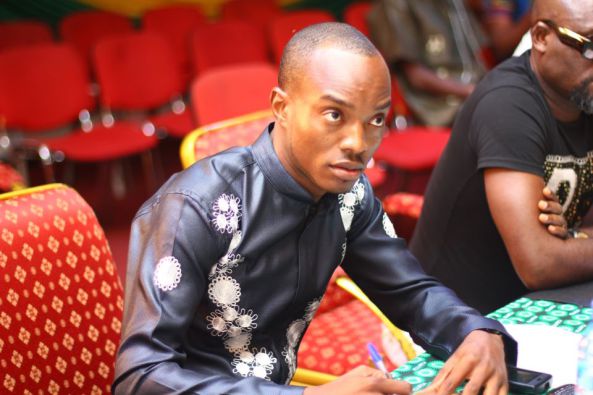 Head of Communication for Zylofon Cash and Zylofon Events, Halifax Ansah Addo has given clarity to a running news story which purports that he has falsely claimed he provided funding for the bail of hiplife musician Wisa Greid.

I am compelled to bring some clarity to a running news story which purports that I have falsely claimed I provided funding for the bail of hiplife musician Wisa Greid.

Below are the verifiable facts that can be proven beyond doubt:

1. By mid morning of Monday April 30, I had information that the artiste in question had been fined an amount of GHC8,400 or would be jailed for two years if the amount is not paid.

2. I was made to believe the artiste was struggling to raise the amount and was still in the court. I immediately contacted a few journalist friends who were in the court with him to tell him I can be of help and he should therefore call me if he needed my help in raising the amount.

3. The artiste called and confirmed he needed the bailout and we both agreed he should send someone to meet me for it.

4. As agreed, the artiste sent a representative who met with me and I gave the representative an amount of GHC 10,000 as a pure act of charity in my own name for someone I consider a friend and brother.

5. I informed the musician I have given out the said amount to be brought to him for the bailout and he expressed gratitude.

6. The development became a subject of news and subsequently the artiste’s management were on Neat FM to deny the act of charity. That denial was also on the management’s social media pages.

7. The musician himself, surprisingly, was also quoted to have denied the act of charity and said that the bail amount was paid by his managers.

7. I would have put the amount into other uses if the musician had given me the slightest hint that he had no challenges raising the amount.

8. At no point in time have I said anywhere or insinuated that the amount was from my employers or a third party.

9. It is my hope these verifiable facts would bring some clarity to the needless logomachy.