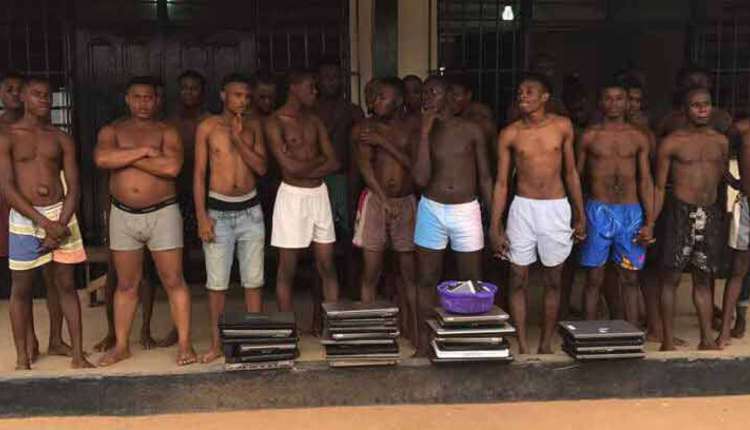 The Police in Nyanyano in the Gomoa East District in the Central Region have arrested twelve people for alleging engaging in internet fraud.

A lady, Kasapafmonline.com understands, was among twelve arrested.

Items including 10 laptops, 13 mobile phones, a Nigerian passport, three wraps of dried leaves suspected to be Indian hemp, three wallets and an amount of GH¢ 25,110 were seized from the suspected internet scammers.

The Nyanyano District Police Commander, DSP Daniel Kwao Teye, interacting with journalists said a Police patrol team had intelligence at about 10pm on June 11, 2018, that some people were hiding in a house using computers to engage in internet fraud popularly known as ‘Sakawa.’

According to him, the Police patrol team upon the tip off quickly rushed to place and arrested the suspected internet scammers.

The suspects, he added, will be screened and those found culpable will be charged and arraingned before court.