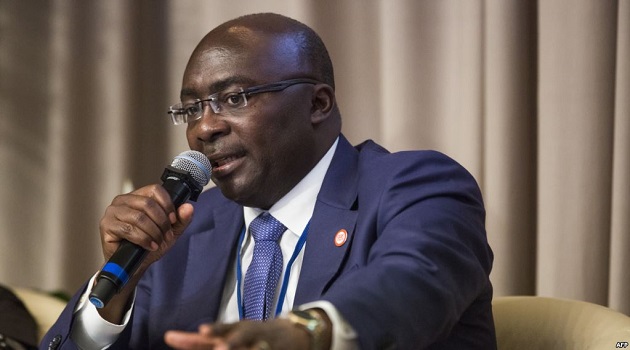 Government’s Economic Management Team has discovered that the country may be paying up to six times the actual cost of building district hospitals.

Vice President Alhaji Dr Mahamudu Bawumia made the revelation at a Value for Money Conference in Accra said there’s a need for tighter controls on the spending of state funds in executing projects.

“At a recent meeting of the Economic Managing Team, the Vice President noted that “it emerged that Ghana constructs district 60-80 bed district hospitals for $25 million! I said “Ebei!”. You will hear today that the African Development Bank constructed a 150 bed hospital in Accra for some GHC5.76 million or $1.3 million without equipment. Even if we have to equip this hospital for some $1 million, the total cost cannot get to more than $3 million. So how come we are building district hospitals for $25 million, a figure which even excludes the tax exemptions granted on equipment imported for the hospitals? So for one hospital that Ghana is currently constructing, we could have built and equipped 6 hospitals!”

Vice President Bawumia, bemoaned the challenge of overpricing of projects in Ghana indicating that the practice has cause several huge financial loses to the State.

To that end, he charged stakeholders and participants to as a matter of urgency, develop and propose strategies that will help government to put an end to the practice particular in constructuon of Roads, Hospitals and Schools.

Vice President Mahamudu Bawumi said government has been taken aback by certain figures that have been quoted as cost for the construction of projects in Ghana in recent past.

“According to some estimates, if Dangote can build a 1000 bed capacity for nearly under $20 million, it begs the question why Ghana builds an even smaller capacity (about 400-bed facility) for nearly $300 million. Something is not right here” the vice President Said.

Going forward, the Vice President said It is “imperative that at the same time as seeking suitable investment opportunities to meet the infrastructure gap that the Government takes steps to ensure cost efficient program design and delivery to reduce financial wastage and protect the public purse”.

The Vice President underscored that over 90% of corruption cases relate to procurement. “It is therefore very important that we pay attention to the procurement processes” Dr. bawumia stated.

In his welcome address, Minister for Finance and Economic Planning, Ken Ofori Atta bemoaned the effects that project overpricing has on the budget and the huge payments government has to make in that regard. He called on the stakeholders to come up with real solutions to the phenomenon of project over pricing through an honest discussion at the conference.

The Senior Minister, Yaw Osafo Marfo in his remarks observed that there is the urgent need for the standardization and proper definition of what hospitals and schools are if the country is to have value for money on the hospitals and schools we build in Ghana. The lack of a proper definition and standards for projects in Ghana has accounted for the loss of several millions of dollars to the State. He charged the panels to find an amicable solution to delays in the payment system in Ghana after contracts have been executed.