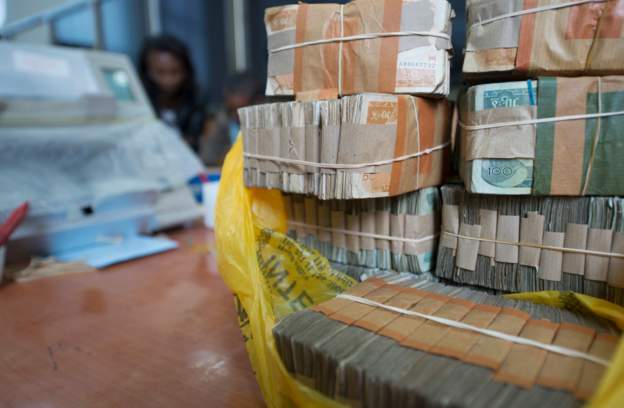 The attempted bank heist happened late on Tuesday afternoon at the Bole branch of Abyssinia Bank.

Two of the alleged robbers – one of whom is reported to be a security guard – fled empty-handed, but police managed to apprehend the main suspects.

According to Aschalew Tamiru, the communications chief at the bank, they used a car to escape, which later collided with a vehicle belonging to Anteneh Redai.

‘’My friends and I tried to follow them but the car couldn’t go beyond 50 metres due to the crash it suffered,’’ Mr Anteneh told BBC Amharic over the phone.

‘‘I saw them driving the car down the wrong lane. Because of the traffic jam, the driver jumped out of the car and started running. Another young man from the passenger seat followed the driver.

“Then the people around the area stated shouting and tried to stop them but one of the guys was holding a knife.”

Mr Aschalew added that things were now back to normal and the branch resumed its operations today.

The incident is a rarity not just for Abyssinia Bank, but also for the country at large.