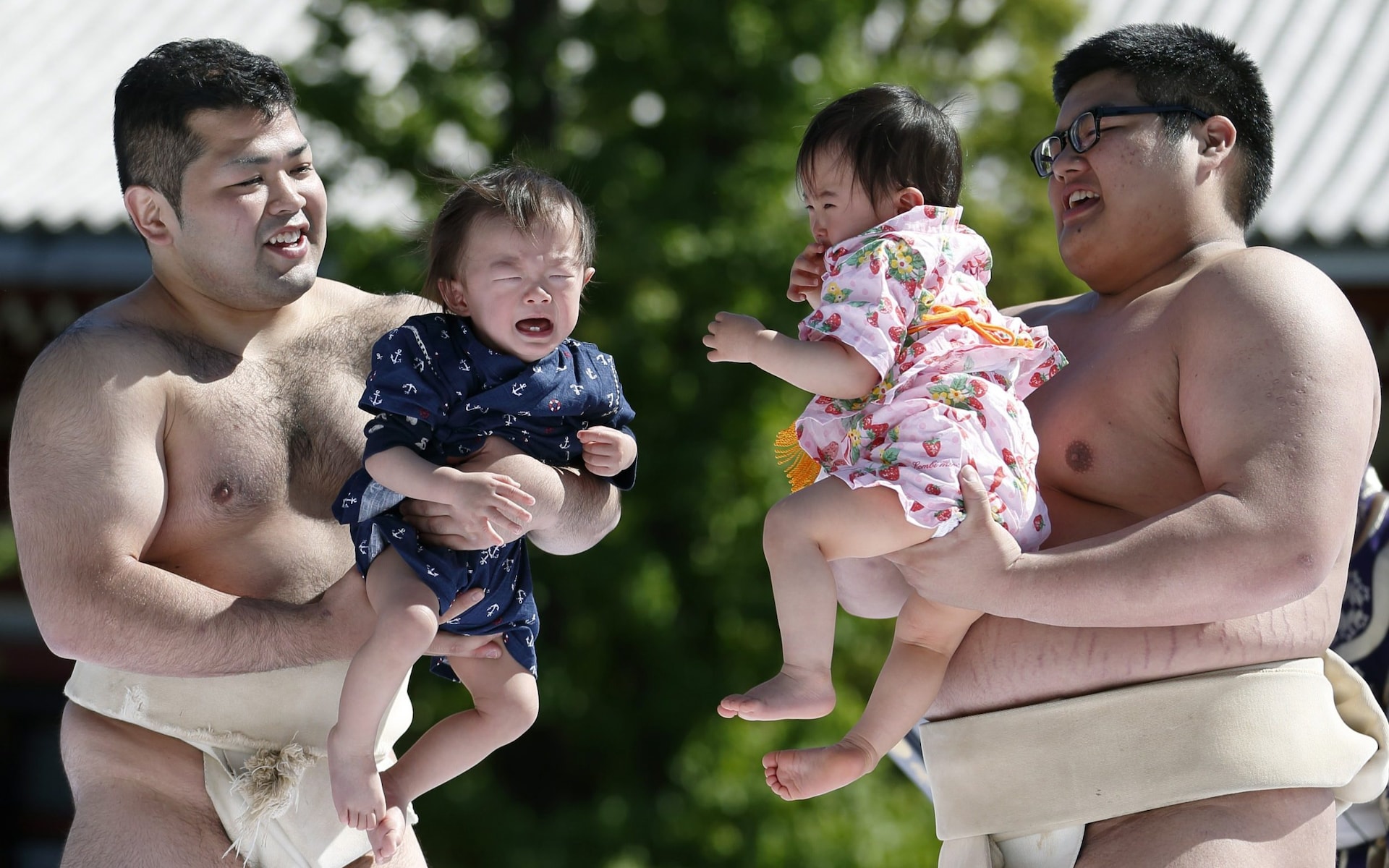 orget North Korean summits or swirling political scandals. Another issue is topping the agenda for a group of high-level politicians in Japan – allowing babies to cry in public.

A group of 13 male governors from across Japan have joined forces to support a campaign that calls for society to permit babies to cry freely in public.

The politicians have pledged their support for the “We Love Babies Project”, which involves urging restaurants, shops and members of the public to display stickers stating: “It’s OK to Cry”.

Japan is a nation better known for its often unexpectedly quiet public places than its high-volume children, with parents frequently under pressure to keep their offspring quiet while in public or travelling on trains.

Some shops even display signs urging parents to stop their children crying, while communities have been known to turn down hosting nurseries – of which there is a chronic nationwide shortage – on the basis of noise concerns.

The We Love Babies Project, which is a private initiative, taps into government efforts to create a society more conducive to raising families, in a bid to reverse plunging birth rates and a shrinking workforce.

“Japanese society still tends to make their mothers and fathers feel sorry for people nearby when their babies start crying,” Eikei Suzuki, Governor of Mie Prefecture was quoted by Kyodo News as telling a gathering of politicians.

“We want to change that social situation.”

News of high-level political support for the campaign coincides with the release of government figures showing that the number of newborns in Japan last year dropped to a record low of just over 946,000.

Shinzo Abe, the prime minister, has widely advocated the creation of a more family-friendly society as a way to help revitalise the economy, through attempts to bolster the birthrate and also encourage more mothers to return to the workplace.

However, Japan is famed for lagging far behind other industrialised nations in terms of gender quality in the workplace, with outdated views towards female staff and working mothers persisting.

Some female workers are forced to deal with so-called “pregnancy rotas”, with bosses telling them exactly when they are permitted to have babies depending on hierarchy.

Among them is a woman identified only as Ms Sayako, who had reportedly had been trying to conceive a second child for two years when her boss at a daycare centre suggested she should stop as she had missed her “turn”.

“I was so shocked and stunned that I couldn’t answer,” Ms Sayako, 35, who was seeing a fertility expert, told AFP.