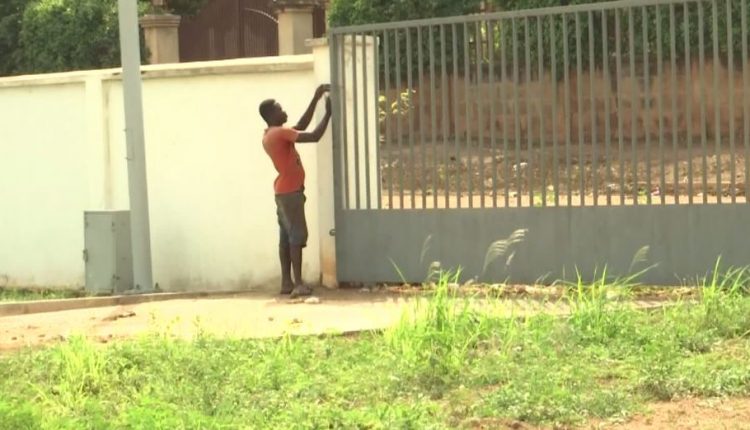 A multi-million health facility built by the erstwhile NDC government in Ofankor in the Ga West Municipality of the Greater Accra region is rotting away. The facility has not been operationalised and residents are questioning why.

The facility was constructed by the government of Ghana through the Ministry of Roads and Highways  in 2016 with funding from the African Development Bank to serve the health needs of Asofa, Ofankor, Omanjo, Dwenewoho, Mensah Addo, parts of Sowutuom and some other communities within the Ga West Municipality.

As far as meets the eye, the physical structure is complete and even neatly painted. But two years after putting up the structure, it has been left to go to waste. A visit to the site revealed that the facility is under lock and key.

Abandoned and wasting away, residents of Ofankor have to travel a good distance to access healthcare.

“There is no access to health facility in this area. We travel to Amasaman for healthcare. We are appealing to government not to politicise the facility and put it to use’’, a resident said.

We spotted this gentleman who strutted into the compound as if he owns the place. Asked why he was there, he mentioned that a doctor had given him permission to stay there.

While residents struggle to access healthcare elsewhere in the capital, one would have thought the government of the day would quickly operationalise the center.

The main gate was unlocked when GHOne News team visited the facility.

There was no security personnel to man the place. Peeping through the windows, we could spot beds, there were ceiling fans, standby generator, solar panels.

But parts of the ceiling was ripped off and much more of the building would deteriorate as the years go by without occupancy.

It is not clear whether these air-condition panels were fixed and stolen or yet to be fixed to complete the set.

The compound was overgrown with weeds. The light bulbs in and around the facility were shining brightly even though it was 3 o’clock in the afternoon.

The Ofankor facility appears to have been properly planned and executed. It has an administration block, Out Patient Department block, Maternity and Gynaecology ward among others. It also has poly tanks to store water.

People living in the community are questioning the political will to operationalise the facility as they shared the frustration in seeking healthcare elsewhere when they have this magnificent building.

“We lack government hospitals in Ofankor and I cannot afford the private ones. The facility has been stocked with beds and machines but it is not operational. We are anticipating the open it for public use.”

“It is worrying to see this magnificent health centre left to rot, making it inaccessible to residents here. We are therefore appealing to authorities to the needful.”

Media campaign to put the facility to use has so far not yielded results.