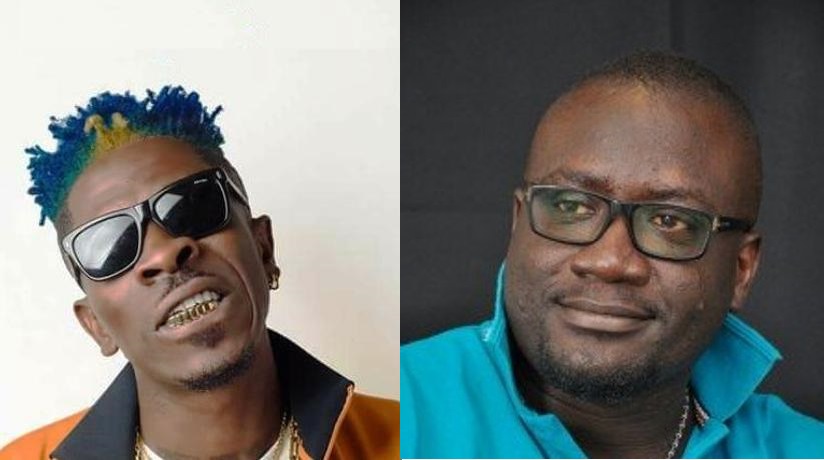 The controversial dancehall artiste made a video, insulting bloggers and journalists he alleged broadcast the adult video which he, [Shatta Wale], denied being involved in.

“I think it’s high time we set the record straight. Listen, he’s not the only one who has blatantly insulted media personalities. I think we’re sick and tired about these insults that come on the media every single time when it comes to celebrities in this country. If Shatta Wale will insult us and come back to apologize, then I would say we don’t know our role or work as journalists, we don’t know how to show these celebs that we’re capable of doing something in our power and that, we are credible and cherish our work very much. Often times people say most celebrities are who they are because of media personalities, that’s not my argument.” He said on his show, Kasapa Entertainment.

The Entertainment critic, expressed how annoying it is when these journalists and bloggers sit idle and watch celebrities insult the media personalities and not do nothing to help eradicate such disrespectful behavior.

“What annoys me the most is that, these same bloggers who have been insulted will take a pen and a paper, make stories out of the insults and publish that nonsense on their sites for people to know that yeah, we’ve been insulted. I’m saying this to every guru in the media, we’re toothless Rottweilers, we can’t bite, we’d rather sit down for these celebs to insult us and go scot free. It’s so heartbreaking.” He sadly added.

The Programs Manager also said that, while policy makers and government officials look up to media personalities to report about important issues that interest the people and promote development, these media personalities concentrate on ‘useless’ things done by celebrities that do not add value to our daily lives.

He expressed his disappointment in Zylofon Music for not at least apologizing to the media.

Listen to audio below.