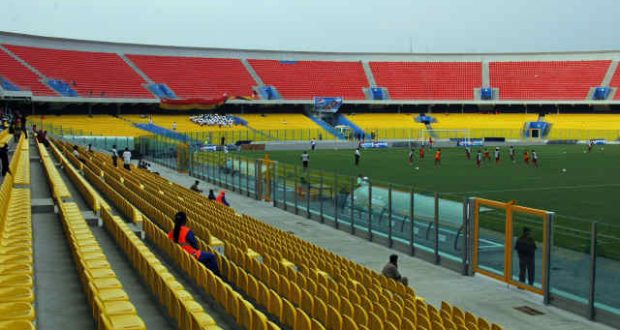 The Accra Sports Stadium has been ruled out temporarily as one of the venues for the African Women Cup of Nations (2018) which is slated for November 17 to December 1.

The Confederation of African Football (CAF) inspection team was supposed to be in Ghana to inspect the facilities last month but were unable due to the Ghana Football Association (GFA) stand off with the Government over the way forward for Ghana football following the investigative piece by investigative Journalist Anas Aremeyaw Anas which uncovered corruption in Ghana Football.

The Aliu Mahama Sports Stadium is being considered as a the alternative venue, subject to the approval of CAF.

The African Women Cup of Nations(2018) will see seven other African countries join host Ghana to compete for the most prestigious trophy in African women’s football.

Meanwhile, renovation works on the pitches that will be used to host the games and training sessions have begun at the El Wak Sports Stadium.

Works on the pitch may involve removal of the existing pitch surface and debris, preparation of ground with the relevant chemical application and re-grassing all of which would take about a month and a half.

It is expected that the pitches would be maintained with relevant fertilization and chemical applications to get them ready by the end of October 2018.